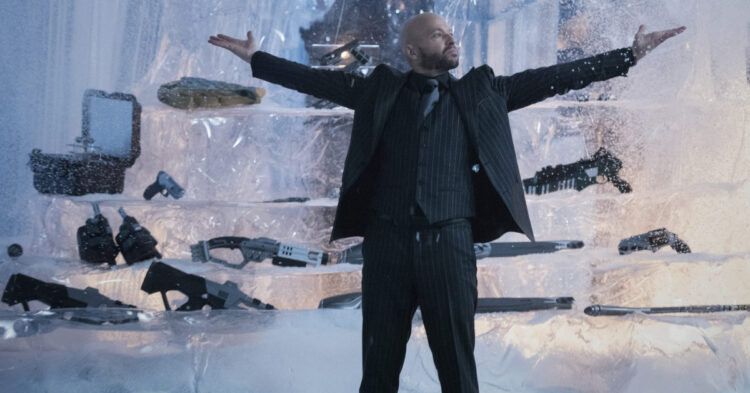 Supergirl’s season premiere bridges the abrupt end of last season while setting up this new one with an all-killer, no-filler premiere. Jon Cryer steals the episode as Lex, but coming in a close second in Nicole Maines as Dreamer who brings a heartfelt performance in some key moments.

The CW’s Supergirl is back! And with it, setting the stage for its final season. While this was very obviously a compressed version of the end of the last season (delayed because of COVID production delays), they managed to wrap up everything satisfyingly in a single episode and set the stage for things to come. This is no small feat, especially compared to its peers in the Arrowverse who have had, shall we say, a more difficult time navigating this. The obvious choice to compress everything into a single episode leaves the audience breathless as it moves at breakneck speed.

And yet it’s a quiet moment that is perhaps the highlight of the episode. Dreamer (Nicole Maines) confronts Brainy (Jesse Rath) and consoles him in his depression over all the wrong choices he’s made. Maines as an actress is so empathetic and giving, and it’s reflected in the pathos between these two characters with a complicated history. We see you, Nicole. And you’re one of the reasons to keep tuning in to the show every week.

One of the other reasons is the absolutely bug-nuts intensity Jon Cryer brings to playing Lex Luthor. In this episode, you get it all: the ego, the mania, and the absolutely earned smug satisfaction of being the smartest, most powerful person in the room. It’s the height of super-villainy we can only expect from Lex Luthor, and Cryer just continues to nail it. A clink of the celebratory champagne glass to you, sir!

Now then there are a couple of things that didn’t go so well. The visual effects on the show– specifically the renderings of characters as CG characters like Martian Manhunter and M’Gann in their Martian forms, or the techno-enhanced Leviathan big bad– just looked a little off. I know the budgets on these shows aren’t that huge, but this episode leaned heavily into them. I would’ve much preferred in the episode’s climax to see David Harewood’s face instead of that weird PS2 cartoon vibe they had going on. It distracted me from the triumph of the moment.

But overall this was a lot of fun. It had high stakes, high payoff, and propelled us into a real-world of turmoil that our characters now have to get out of. I’m glad Supergirl is back. The next episode, “A Few Good Women” airs April 6 at 9/8 pm on The CW:

Supergirl Season 6, Episode 1 “A Few Good Women”: THE BREAKING POINT – As the stakes with Lex (Jon Cryer) are raised higher than ever before, Lena (Katie McGrath) must decide how far she is willing to go to stop her brother. Meanwhile, Supergirl (Melissa Benoist) and the team are faced with a challenge unlike anything they’ve ever dealt with before and it brings Alex (Chyler Leigh) to her breaking point. Jesse Warn directed the episode with story by Robert Rovner & Jessica Queller and teleplay by Jay Faerber & Jess Kardos.