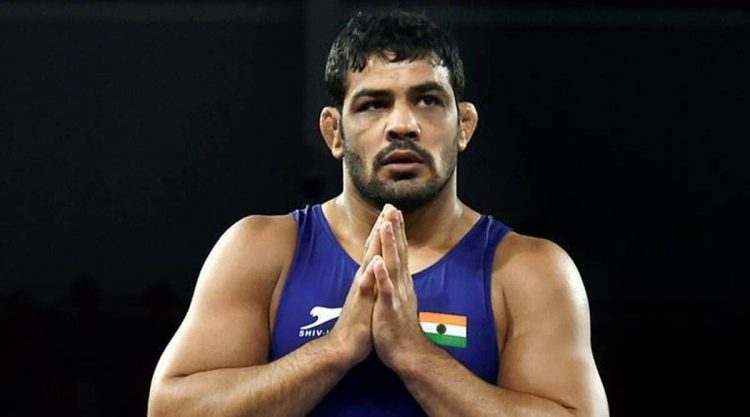 Sushil Kumar is one of the Indian wrestlers who has been making India proud for two decades. He was born on 26 May 1983 in Baprola village near Najafgarh in Delhi. His father’s name is Diwan Singh and his mother is Kamla Devi. Diwan Singh was a driver in MTNL Delhi and Kamla Devi is a home-maker. Sushil Kumar has completed his graduation (B.P.E.) and post-graduation (M.P.E.) from Noida College of Physical Education, Dadri.

He is a freestyle wrestler with a height of 5 feet 5 inches (i.e. 5.5 ft) and married in 2011 to a famous International Tennis player, Savi Kumar, a national gold medalist. Savi’s father, Satpal Singh (Arjuna awardee) is the wrestling coach of Sushil Kumar. Kumar is the father of two sons, Suvarna and Suveer.

An Olympic medal winner Indian wrestler, Kumar had carried the Indian Flag at the opening ceremony of the 2012 London Olympics. Also, his 2008 Olympic medal was second for India in wrestling. Since childhood, Kumar has been passionate about wrestling. This passion was inspired by his father, who himself was a wrestler and also his cousin Sandeep. At the age of 14, he started his training in pehlwani at the Chhatrasal stadium’s training school. He was trained in the akhada by Yashvir and Rampal. Later by Satpal Singh, after that at the Indian Railway Camp by Gyan Singh & Rajkumar Baisla Gurjar.

In his wrestling career, he has raised respect for India many times through his performances in the World. India also admired him by the ‘Arjuna Award’ in 2005, ‘Rajiv Gandhi Khel Ratna Award’ (joint), which is India’s highest sporting honour and in 2011, he was awarded ‘Padma Shri’.

But in the present, Kumar has done a shameful act that offended not only his personality but also India’s dignity. Sushil Kumar was arrested on May 23 in connection with the murder of former Junior national wrestling champion Sagar Dhankhar. According to the sources, he has done such a horrific task to dominate the wrestling world.