Tesla double-charged some customers for new cars, leaving them desperate for refund details 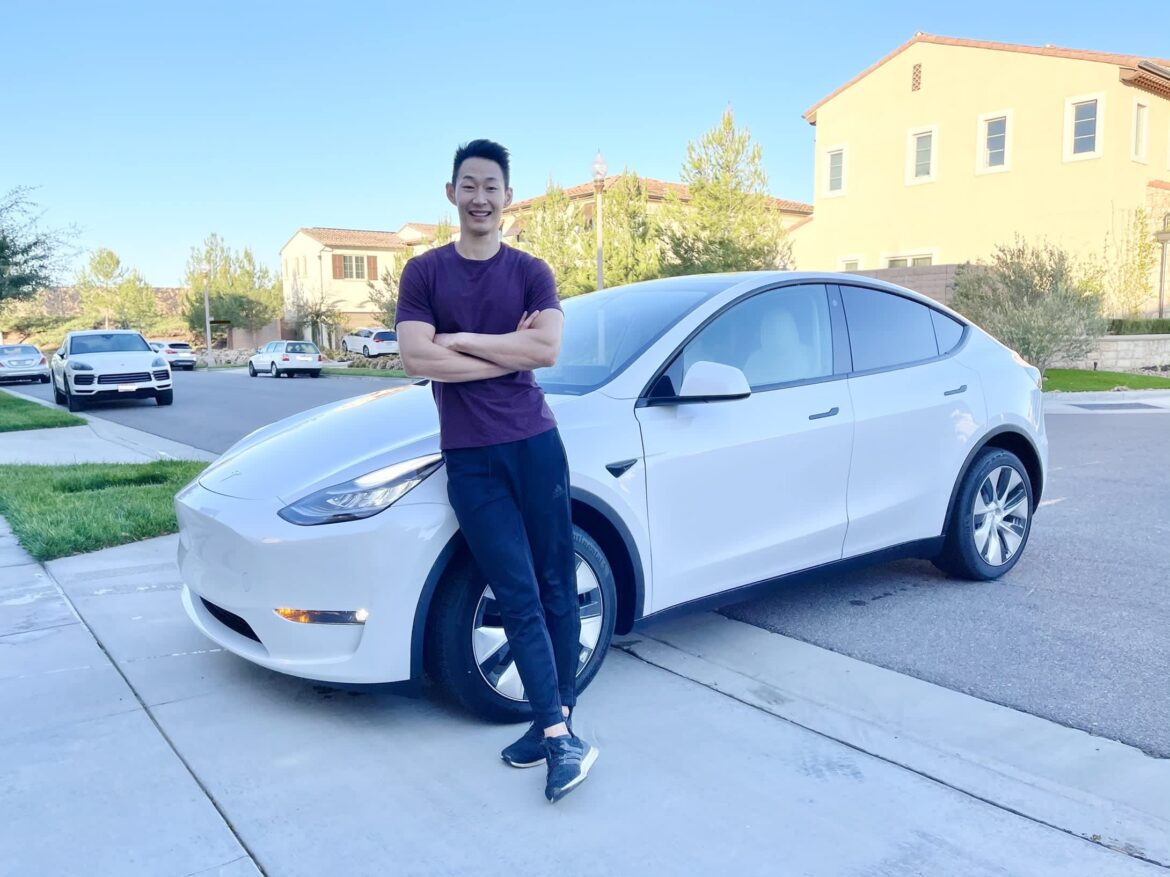 Last week, after paying for brand-new Tesla electric cars, Southern California residents Tom Slattery, Christopher T. Lee and Clark Peterson told CNBC they were gobsmacked to find the company had charged them twice, taking tens of thousands of dollars from their bank accounts without authorization or warning, then giving them a frustrating runaround when they sought refunds.

Two other customers, whose identities are known to CNBC but who asked to remain anonymous for privacy reasons, said they also experienced duplicate debit charges from Tesla, leaving them in distress. One of them faces overdraft fees and looming finance charges on credit card bills due at the end of the month.

Tesla did not immediately reply to a request for comment for more information. CNBC asked the company how many customers experienced the duplicate charges, how such problems might impact its end-of-quarter delivery numbers (which it is expected to report at the start of April), how quickly the company can refund owners and what customers should do in this situation.

Without speaking to Tesla’s issues specifically, he said platforms that process ACH transactions can use so-called de-duplicate functions to prevent double charges from happening erroneously. At the same time, the systems they use must be flexible enough to allow duplicate transactions that should go through — like a regular salary payment, or a grandparent sending $50 to each of their grandkids on the same day.

For consumers who see funds taken from accounts twice, when they only ordered once, Excell said, “The best thing is to go back to the merchant and let them know an error occurred. Ask them to reverse or refund the money. That should be the easiest way.” Contacting a bank to ask them to try to reverse the transaction could also work, but it might take longer and will require the bank to coordinate with merchants.

Here’s what happened to the buyers of Tesla vehicles.

On March 24, the Slatterys were excited after a text from Tesla said the car they had ordered in January could be delivered to their home in one to three days via the company’s “contactless” delivery service.

Tesla would drop off the car at their residence and Slattery could use the Tesla app as a digital key to get into it for the first time. This was a slightly different process than what he had experienced buying a Model 3 from Tesla in 2019 — a car he says he still loves driving after initial flaws were discovered and repaired.

The contactless delivery process is one Tesla has touted as safe and convenient during the Covid pandemic. All Slattery had to do was complete his order by uploading proof of insurance, driver’s licenses for title holders of the Model Y, and finally, choosing a payment method.

If customers are paying upfront and online, Tesla now accepts bitcoin or ACH direct debit payments. For expediency, and without other options, Slattery added his bank account and routing numbers and authorized the transfer of funds.

When he checked his account the next morning, on March 25, Tom Slattery, woke up to find his bank account depleted by nearly $53,000 more than he expected — the sum he agreed to pay for a long-range, all-wheel-drive, 2021 Tesla Model Y. It would be a second Tesla for his family.

Slattery says he immediately spotted the duplicate and jumped to call and text Tesla. He spent the day getting stonewalled, people either did not pick up the phone or did not have definitive answers about a refund.

Slattery eventually drove to the Tesla Burbank, California, store and service center to speak with sales and delivery staff in person.

He says, “They told me to call my bank and have my bank reverse the charge. That was not acceptable. When you debit more than $50,000 and tell a customer to solve it on their own? I kept pushing.”

Five days later, Slattery is still awaiting a refund or any commitment, in writing, that he will be refunded and by what date.

He says he will refuse to accept delivery of the new, 2021 Model Y, which didn’t show up during the previously estimated delivery window until the refund is complete.

The stress comes at a horrible time for his family — they’re searching for a new home in another state, and any trouble with funds could impact their ability to bid on a house or secure a mortgage in a timely manner and at desirable a price or rate.

Not the only ones

Slattery is hardly alone. He said a Tesla employee at the Burbank store and service center said, in his presence, that hundreds of customers were experiencing the same issue with duplicate charges.

While he’s still on board with electric cars and has no plans to abandon Tesla, Slattery says: “It’s hard to imagine sales and service getting worse. I had almost $53,000 unauthorized stolen from my bank account. And nobody, nobody has called me, emailed me, there’s no sense of urgency in resolving this.”

Meanwhile, his bank told him it could take a minimum of 10 days and up to 45 days potentially to get a refund processed on their end. And it would be faster to handle things through Tesla.

He was excited to finally accept delivery of a Tesla Model Y, a car that his family had wanted since the three-row version of it was teased last year, but that they couldn’t order from Tesla until January 2021.

After missing the original estimated delivery windows in February, Tesla said last week it could finally drop the 2021 Model Y off at Peterson’s home within one to three days via a contactless service program. Tesla asked him to complete his payment and he uploaded proof of insurance, driver’s licenses and banking information for the debit payment on March 24.

On March 25, Tesla called and left a voicemail saying it wanted to go over the delivery schedule with Peterson. When they finally connected by phone, the delivery employee said his vehicle could arrive anywhere between 9 a.m. and midnight on March 26, and mentioned, as an aside, that Peterson’s account had been double-charged.

“He told me to call the bank and stop payment on that,” Peterson said. “I said the money has left my account. I’m pretty familiar with the way wire transfers work. When the money’s gone the money’s gone! He was insistent I should call my bank. So I did. They confirmed like no, the money is in Tesla’s account now. We cannot do anything about that until we hear from them.”

Peterson says he loves owning a high-tech car that doesn’t use gasoline, is fast and quiet. His kids are thrilled with the idea of having a Tesla. But he’s wondering why it was possible to pay $71,000 for a luxury vehicle in minutes, but not to be refunded for a massive, erroneous charge the same day.

A customer service representative at his bank told him he wasn’t the only one who had called trying to resolve this issue.

On social media, where Peterson turned to seek further information and vent his frustration, somebody asked if he simply hit the buy button twice.

“This was not some operator error,” Peterson said. “And for a company that has so much technology skill, to have this happening to multiple people really raises questions.”

Peterson was told by a customer service employee, who called over the weekend, that Tesla would give him a refund within one to three business days. He asked her to send the details by email or text. A written record never arrived.

He was still waiting for his refund or any written communication about it as of Monday afternoon.

The new Tesla Model Y is introduced. Tesla has expanded its model range to include an SUV based on the current Model 3.

Another new Tesla customer, Christopher T. Lee, says the Model Y was his dream car, but he and his girlfriend have resorted to eating “broke college kid” food while they wait on the refund.

Lee also produced a video recounting his travails becoming a Tesla owner. While he works in another field, Lee is known as “Everyday Chris” on YouTube. He has been making consumer tech reviews and how-to videos on his channel for about a year. He now plans to run a series all about Tesla adventures and ownership.

In a March 27 installment, called “Did I just get SCAMMED by TESLA???!” Lee kicks things off saying, “Hey, it’s Chris! And I love Tesla, but in today’s video I’m going to be talking about how I got scammed by Tesla.”

He recounts saving up for his “dream car,” the 2021 Tesla Model Y, and paying for the car with ACH, using his routing and checking information. Then, he talks about the “bad dream” feeling when he saw his bank account drained the next day.

Unlike Slattery and Peterson, Tesla told Lee there was no record he had been charged twice. Tesla kept telling him to call his bank, even though he paid through ACH where funds were withdrawn immediately.

The service center near him was able to eventually provide him with an email address to someone in the finance department at Tesla’s offices in Fremont, California. He’s still waiting for a refund for the double charge.

Lee told CNBC he is hoping his video can help other Tesla buyers avoid similar issues, or at least solve them faster together. If he had it to do over again, Lee says, maybe he would have used a cashier’s check and paid in person instead of online.