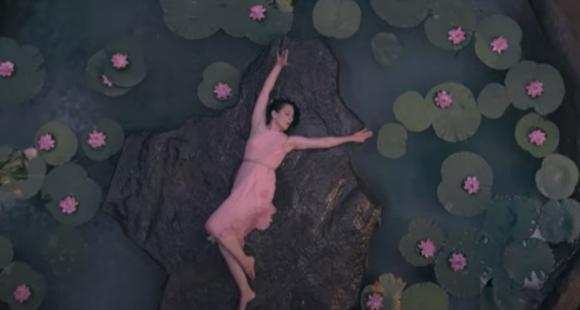 The much-anticipated song Chali Chali of the film Thalaivi has finally released today. The makers have just now dropped the video starring Kangana Ranaut. The trailer of the film has already grabbed attention. The song titled ‘Chali Chali’ is a romantic number. Kangana Ranaut is seen as young actress J Jayalalithaa. Former Tamil Nadu chief minister J Jayalalithaa was also a renowned actress in the South film industry. Kangana Ranaut shared the link of the song on her official Twitter handle.

Sharing the song link on her official Twitter handle, south star Samantha Akkineni wrote, “Amma”s unmatched grace and her stunning screen presence is known to all. Witness her fanfare from Cinema to CM. #ChaliChali #MazhaiMazhai #IlaaIlaa out! ”  The song has been released in three languages-Hindi, Tamil and Telugu. The song starts with Kangana Ranaut dancing in the pond as the film shooting is going on. The set of the song is extremely beautiful and it looks like a dream place. Kangana Ranaut has also done justice to the song as she is looking like young J Jayalalithaa.

In the film, Arvind Swamy will play the role of MGR. Apart from Kangana and Arvind Swamy, Bhagyashree, Madhoo, Prakash Raj will also be seen in the film. Directed by AL Vijay, the film will be released in five languages–Hindi, Tamil, and Telugu on April 23, 2021. The film trailer has received a lot of appreciation from all the sections. Fans have also commented that the fifth national award is also on its way. Kangana Ranaut has won a national award this year.

Take a look at the song here:

Amma’s unmatched grace and her stunning screen presence is known to all. Witness her fanfare from Cinema to CM. #ChaliChali #MazhaiMazhai #IlaaIlaa out!

Currently, Kangana is busy in the shooting of Tejas where she is playing the role of pilot. Kangana has also announced her other films Dhaakad, Manikarnika Returns: The Legend Of Didda. The actress was last seen in Panga which was a sports drama. She played the role of kabbadi player in the film.