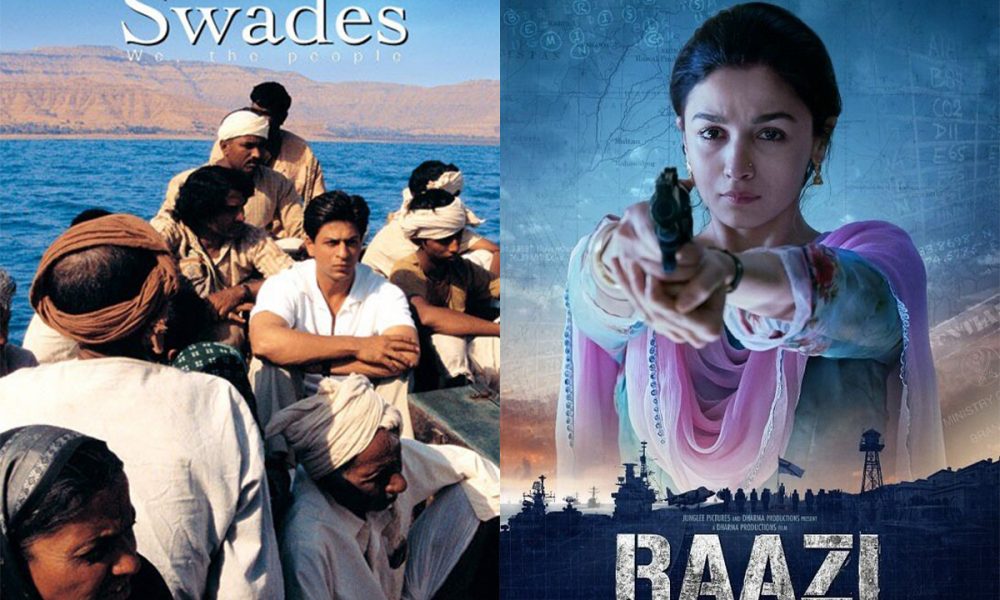 Our nation is celebrating its 72nd Republic Day today. On this date, the Constitution of India came into being. On the honour of this important day, Bollywood Dhamaka brings you a list of films that truly represent India and will invoke the patriotic spirit within you.

Shah Rukh Khan plays the role of a successful Indian scientist in the film who is settled in the US but comes back to his home country to take his nanny back with him. His perspective regarding a lot of things begins to change after rediscovering his roots.

Although it is a sports film, the journey of 15 hockey-playing girls doing their best to win the world cup will definitely strike an emotional chord with you. Directed by Shimit Amin, it had Shah Rukh Khan in the lead role.

This film was directed by Farhan Akhtar and followed the journey of a young man who has mostly been aimless and irresponsible most his life. In order to discover what he really wants from life, he joins the army. Hrithik Roshan starred in the lead role.

Raazi tried to showcase the sacrifices spies have to make as nothing beyond their nation comes first for these people. Alia Bhatt played the role of a Kashmiri woman in the film who has agreed to marry an army officer from Pakistan during the time of Indo-Pak war of 1971.

The film was ay ahead of its time and was based on modern-day India. It tried to depict what would the youth do if they were as driven towards their nation like the people from pre-independent India.

X
Dale Moss Responds To Accusations He Regrets Getting Engaged To Clare Crawley An…GossipsDale Moss took to his go-to platform to open up about his split from Clare Crawley amid all kinds of rumors, including that he cheated on her their en…
close