Home News US Election Was ‘Rigged’ In Favour Of Biden: Donald Trump

US Election Was ‘Rigged’ In Favour Of Biden: Donald Trump 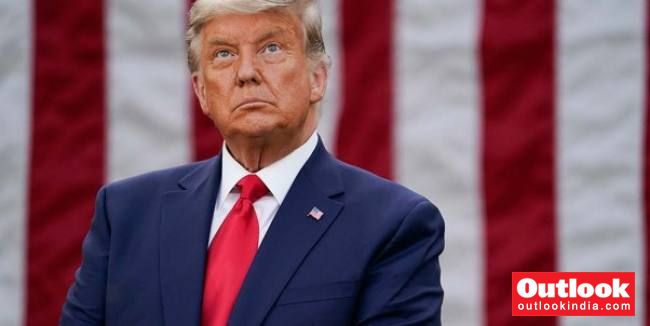 A defiant Donald Trump is showing no signs of surrender and has reiterated yet again his unsubstantiated claims about widespread voter fraud, claiming at his first post-poll rally in Georgia that he won a “rigged” US presidential election that he lost.

Trump alleged on Saturday that the last month’s US Presidential election was rigged in favour of his Democratic opponent Joe Biden, who is now the President-elect.

“They cheated and they rigged our presidential election, and they’re gonna try to rig this election too,” Trump told his cheering supporters at a rally in Georgia where he campaigned for his Republican candidates for the Special Senatorial elections.

Trump began by falsely claiming he won Georgia in the presidential race. The state has already certified its election results, declaring Biden the winner.

Trump claimed he won an election that he lost.

Trump was a resident of New York. After becoming the president, he moved his residence from New York to Florida.

Thousands of his supporters, not only from Georgia but also from the neighbouring states, as far as California and Ohio, came to hear his speech.

This was Trump’s first public rally after he lost the election and Biden was declared as the President-elect.

“I think they say that if you win Florida and if you win Ohio, in history you’ve never lost an election. This has got to be a first time – but the truth is they were right, we’ve never lost and we’re winning this election,” Trump said.

He urged his supporters to go out and vote for the January 5 Senate elections in Georgia.

“If you don’t vote, the socialists and the communists win. They win. Georgia patriots must show up and vote for these two incredible people. They are two of the finest people you will ever meet,” he said.

The cheering crowd frequently erupted into chants of “stop the steal!” and “fight for Trump.”

“The answer to the Democrats’ fraud is not to stay at home; that’s what (House Speaker) Nancy Pelosi and (Senate Minority Leader Chuck) Schumer want you to do – stay at home. If you want to do something to them – I don’t want to use the word revenge, but it is a sense of revenge – to the Democrats, you show up and vote in record numbers,” he said.

The president alleged that “hundreds of thousands of illegal votes were cast in each state” and insisted falsely that poll watchers were “thrown out” of polling places in Pennsylvania.

Trump has allowed the official start of Biden’s transition to power but has not yet conceded defeat.

Trump has yet to concede the election, which he has repeatedly alleged was massively rigged. State officials and media have said that they have not found any such evidence.

The Trump campaign has filed a slew of lawsuits across the United States in an attempt to turn his defeat in the November 3 election into a victory. Except for one, all have been rejected by the courts.