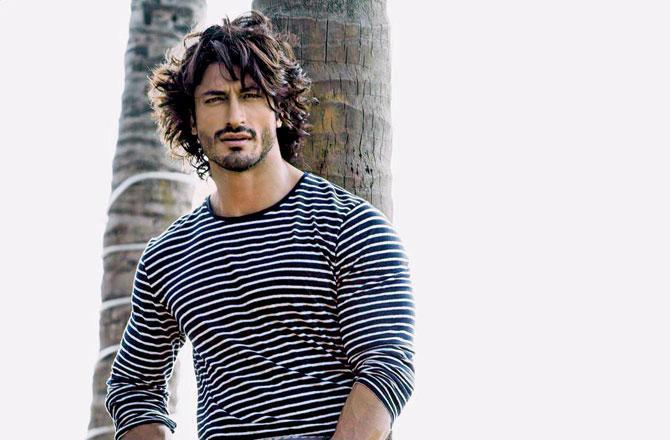 After having acted in Indian cinema for a decade, Vidyut Jammwal has become synonymous with action films. The Commando series, Force, Junglee and Khuda Haafiz are some of his movies that have not only been successful commercially but also made it into the hearts of the audiences. Not to mention, Jammwal’s YouTube channel is the ultimate go-to portal for any fitness aspirant and the fitness star’s content has garnered a commendable number of views and over a million subscribers.

This year the actor is at the top of his game and it has resulted in an even bigger army of crazy fans, who will spare no effort to show their love for him. Most recently, a super crazy fan by the name of Krishna Sonkar got himself inked with a portrait tattoo of Vidyut over his chest. It appears that the fan has not just limited his love for Vidyut to fandom, he has also picked up the actor’s fitness regime, one can tell from looking at his super-fit body. The actor never takes his fans for granted and regularly makes it a point to engage with them.

Bollywood’s action star Vidyut Jammwal sure likes testing the limits of impossibility. The Junglee actor most recently posted a compilation video of all the insane physical feats he has pulled off while training for fitness. Continuing the streak of entertaining and inspiring people with fitness-centric nuggets, Jammwal published a series of wicked stunts and physical feats that will make you gasp in wonderment.

In the video, Vidyut can be seen performing beer bottle push-ups, the full backbend pose, walking on water (yes, you read that right), extinguishing numerous candles by a swift motion of his hand, push-ups on moving escalators, knocking off caps of three bottles in one clean kick and breaking bricks by hand while clutching an egg in his fist that remains surprisingly intact.

Vidyut says, “I am driven by the need to constantly challenge myself. It is very flattering that so many people are inspired with the way I train, but through the work I do, I always want the key takeaway to be that every individual must challenge themselves regardless of what they do for a living. Breaking bricks is awesome, but so is breaking your own barriers.”

One of the top ten martial artists of the world, Jammwal is an inspirational icon with a massive fan following of fitness aspirants. He is credited with a mention in ’10 People You Don’t Want To Mess With’ along with Russian President Vladimir Putin and Bear Grylls of the Man Vs Wild fame.

This year the actor arrived at interesting milestones such as he become the first fitness star from India to have created a show that celebrates legends of the action world. This chat show is available on YouTube, its titled X-Rayed By Vidyut and Tony Jaa, Michael Jaa White, Scott Adkins and Aaron Gassor are some of the luminaries of the action world to have featured on the show as guests. He earned the distinction of being the only Indian actor to have featured on ’10 People You Don’t Want Mess With’ by TheRichest.