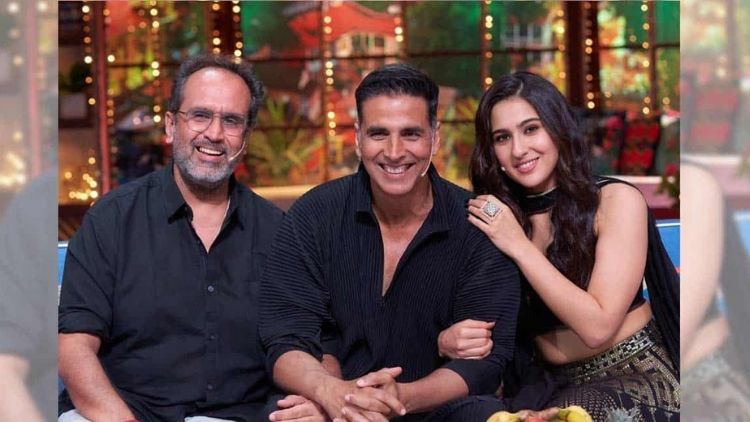 In The Kapil Sharma show, which airs on Saturday and Sunday At 9:30 PM on Sony Tv, Bollywood Actors Akshay Kumar, Sara Ali Khan as well as the film’s director and producer Aanand L Rai recently appeared for the promotion of their film “Atrangi Re”. The Group was spotted having a good time with Kapil’s team. The comedian-host engaged them in his typical funny manner. Although the whole episode is yet to be released, the preview of the episode has been shown so far. In the preview, Kapil throws a question at Akshay Kumar regarding his career in acting that would make you fall out laughing.

What Happened at the Show?

After seeing the promo, you’ll notice that Akshay’s entrance is different than usual. Meanwhile, a song from his movie is playing in the background. After that, he performs a variety of magic tricks that everybody enjoys. When Akshay appears on the show back-to-back, Kapil says, “Previously, we used to think that our shows had Paaji’s films, but now I think that in our show comes between Paaji’s films”. Everyone burst out laughing when they heard this. Now, after all these jokes, Sara Ali Khan and director Aanand L Rai appear. Kapil then said, “Akshay Paaji earlier worked with Sharmila Tagore and Saif Ali Khan and recently worked with his daughter Sara Ali Khan. So we’ve heard that you also have some other film in which you, Taimur, and whoever the heroine would be at that time have a love triangle”.

In between the host of the show, Kapil asked Akshay Kumar what he thought about new era actors. In response, he stated that the new age actors are prepared better. Akshay Kumar also added that “I believe those people are better prepared. We do not get as much preparation when we first enter the industry. We were learning through practice. We earned experience by doing 60 to 70 films, but when new actors entered the profession, they already had that kind of skill”. He also praised co-actor Sara Ali Khan. He said that ‘Atrangi Re’ was her movie only. Akshay also said that she has given an outstanding performance in the movie.

The film ‘Atrangi re,’ starring Akshay Kumar, Sara Ali Khan, and Dhanush, will be released in theaters on December 24.