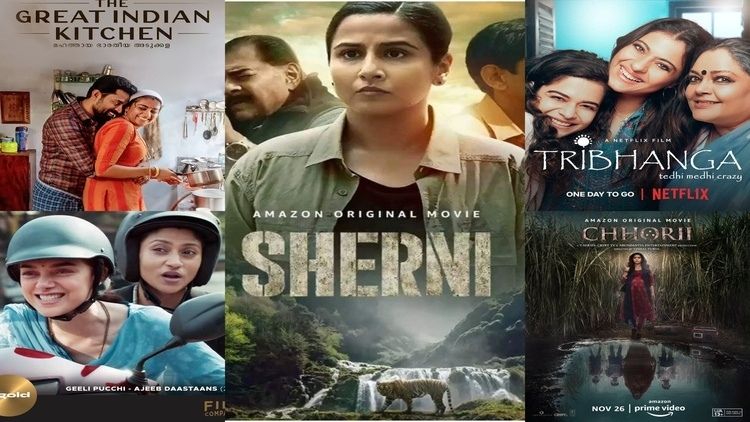 Story of Vidya Vincent, a Division or District Forest Officer (DFO), whose juniors respect her. But her seniors fit every single stereotype of the men in government jobs.

The movie depicted women as doers, aggressive if need be. And outspoken wherever required. And they will speak out against misogyny and patriarchy following their rights.

Bharti (Konkona Sen Sharma) is a Dalit, queer and assertive factory worker. Moreover, she is the only woman on the floor, advocating for herself. She is questioning not getting the promotion she deserves.

The film deploys heart breaking subtleties that reach a crescendo in a hand hurriedly withdrawn. All in a glance of recognition thrown in the lines read between name, caste, history and identity.

An amazing Nushrat Bharucha stars as Sakshi, a pregnant woman who comes to a remote village with her husband to escape loan sharks. But all is not right and Sakshi can sense it.

The real horror is the patriarchal nature of their hosts rather than the supernatural beings. And she fights back when she’s bogged down.

While Anuradha is a fierce and insanely independent character, she abhors her mother due to a childhood trauma. She thinks that her mother knew about but never took any action on.

A single mother to a child from an abusive live-in relationship, she is very protective of her daughter.

1. Wife From The Great Indian Kitchen

Nimisha’s character, a nameless character, is in a precarious position in her husband’s house. As a newlywed wife, she is fleshed out with great skill, and her long walk out of the house and into the clear skies leaves one with a ray of hope.