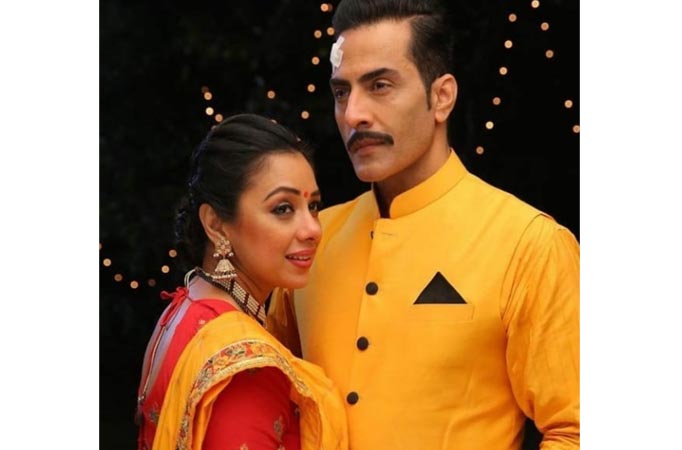 MUMBAI: Vanraj Shah of Rajan Shahi’s “Anupamaa” has a very big ego, not just he is an overconfident man, he also suffers from a superiority complex. When his boss asked him to come to meet him in his office, he was sure that they wanted him back, but unfortunately it was just a meeting to let him know that he lacked the passion to work now. His bosses also informed him that they are well aware of his affair with Kavya, and cited personal issues as another reason to fire him from the job.

Meanwhile, Anupamaa is over the moon as she was asked to organise a dance program with the kids of her class for the annual function, and not just that, she will also be catering for all the VIP guests coming to the event. Earlier during the day Pakhi had informed Vanraj that she won’t be participating in the annual function because she doesn’t want to compete with her mom. But Kavya assured her that she would help her in preparing a beautiful solo act which everyone will love.

Also, Rakhi had visited the Shahs and told them she is there to offer a job to Vanraj which is a clerical job at her coaching institute. While she was there Paritosh inquired about the MD position that she had offered him earlier, to which she said he can join whenever he wants. The next day, Kinjal comes home with a good news that she has been selected by a company and needs to give an interview to the senior management team of the company, and if they find her capable enough she will get selected.

In the upcoming episode we will see that while the family is shocked to hear that Paritosh has accepted a job at Dave Coaching Classes, Kinjal has been offered Vanraj’s position in his office. Though she is unaware of that, Kavya feels insulted that she will have to work under her and instigates Vanraj against Anupamaa and also asks him to take immediate action against the divorce notice. We will also see that Samar and Nandini are getting closer and he has gifted her a diary to write down only positive and happy thoughts. The upcoming episodes are going to be quite interesting so keep watching “Anupamaa” to know what happens next.

Back to Top
Close Add post
X
The Uncanny Counter Season 2: Release Date And All Updates You Need To Know!! – Crossover 99…TVThe Uncanny Counter ends this weekend on Netflix, but will blockbuster Korean dramas return for Season 2 and if so, when could it premiere?It’s always…

While Anupamaa is taking one step at a time towards her success, Vanraj is slowly losing it all

X
Shefali Jariwala on learning acting: I practice scenes with my husband Parag and…TVMUMBAI: Shefali Jariwala is a well-known face of the Telly world. The actress is popularly known for her music video Kaanta Laga where she grooved lik…
close