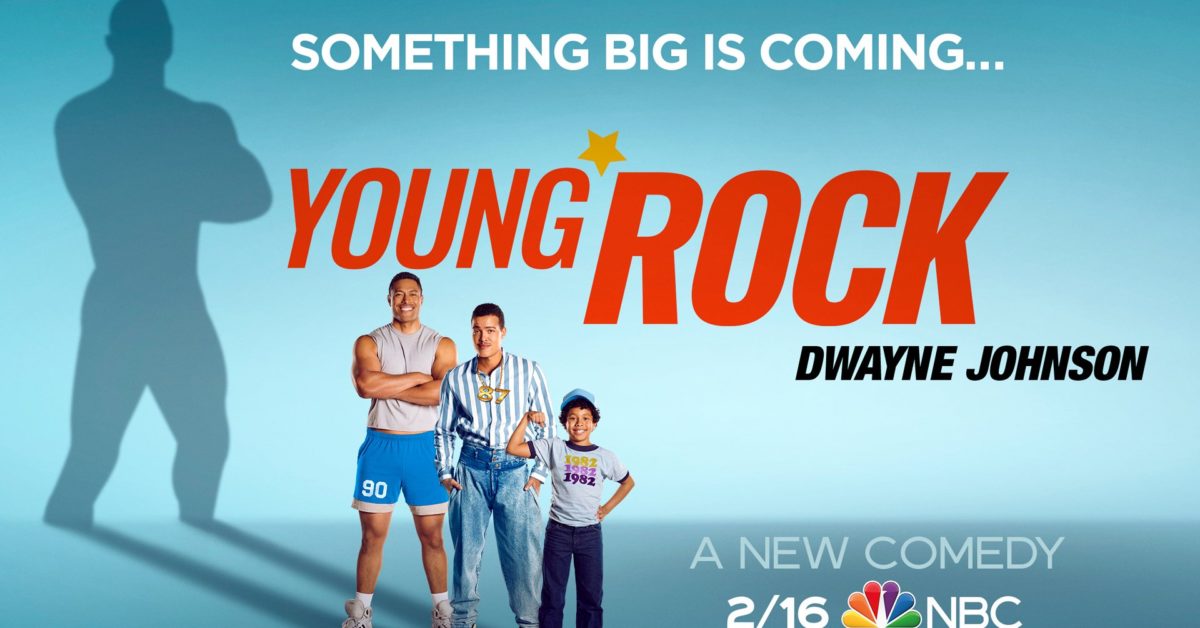 With NBC and Dwayne “The Rock” Johnson‘s (WWE superstar, Ballers, Jumanji: The Next Level) Young Rock a little more than three weeks away, viewers are getting a fresh look at the series from none other than Johnson himself. Following the latest key art and teaser, we have a look back at the sneak preview released earlier this month. Following that, a look at Johnson’s posts from last year officially announcing the series’ cast along with some personal insight into the very familiar and very real folks they will be portraying.

So check out the newest teaser for Johnson’s younger years- where puberty kicked his ass pretty hard:

Here’s a look back at the first sneak peek for NBC’s Young Rock, with the series premiering February 16:

Nahnatchka Khan (Fresh Off the Boat) is developing the series and co-writing the pilot with Jeff Chiang (Fresh Off the Boat), with Johnson set to appear in each episode. NBC’s Young Rock is executive produced by Khan, Johnson, Chiang, Dany Garcia, Hiram Garcia, Brian Gewirtz, and Jennifer Carreras. The show will be produced by Universal Television, Seven Bucks Productions, and Fierce Baby Productions.

Set to premiere in 2021, the cast of Young Rock includes Adrian Groulx as Johnson (aka Dewey) at age 10 – described as honest, headstrong, impressionable, and bold. Bradley Constant portrays Johnson at age 15, where he’s doing his best to fit in as a normal teenager but puberty has other ideas. His size and full mustache have his classmates convinced he’s an undercover cop. Uli Latukefu‘s Johnson (age 18-20) has just been recruited to play football on a full scholarship at powerhouse University of Miami. Though a superstar talent, a devastating injury during his freshman year puts his life at a crossroads.

Stacey Leilua portrays Johnson’s mother Ata Johnson, who grew up in a first-generation pro wrestling family. A strong woman by both nature and necessity, she’s a hopeful positive force in young Dwayne’s life. Joseph Lee Anderson portrays Rocky Johnson, Dwayne’s father. Described as charismatic and charming, the pro wrestling champion juggles the ups and downs of his career with being a well-intentioned, but unorthodox, husband and father. Ana Tuisila‘s Lia Maivia is Ata’s mother and Johnson’s grandmother. The first female pro-wrestling promoter in the country, Lia is a sweet, loving grandmother- but when need be? She can easily be a cutthroat, ruthless businesswoman. Lexie Duncan‘s (The Secret Daughter) Karen is 15-year-old Johnson’s (Bradley Constant) high school sweetheart. A popular, charismatic, high-school girl with dreams of attending Barbizon beauty school, Johnson catches her eye, and they begin dating in the idyllic town of Bethlehem, Pennsylvania.