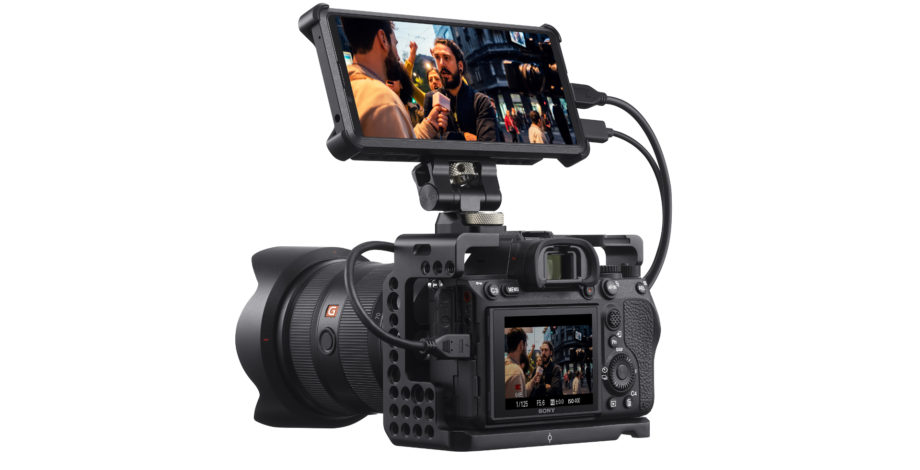 Sony has just launched the Xperia Pro, coming almost a year after it first revealed its intentions to bring the smartphone to the US. It certainly seems like an interesting proposition, offering HDMI input support so you can use the phone as a 4K monitor for your camera or camcorder.

It’s a great idea for photographers and videographers, while the ability to live-stream the camera’s content via your phone is pretty neat too. There’s just one small problem: it costs $2,500.

Great phones that don’t cost $2,500: The very best Android phones you can buy

While it’s not the most expensive phone we’ve ever seen, but it’s certainly among the priciest mainstream phones we’ve ever seen in the US. It certainly doesn’t help matters that the phone ships with last year’s flagship silicon and an outdated version of Android.

With all this in mind, here are a few things you could (and probably should) buy instead of the Sony Xperia Pro.

A Galaxy Z Fold 2 (with change)

If you don’t mind spending a ton of cash on a phone but want something that stands out from the pack, then the Galaxy Z Fold 2 might be up your alley. For $2,000, you get a tablet-sized screen that fits in your pocket.

In a cool touch, the firm also lets you fold the device into a laptop-style L shape (seen above), with apps supporting this orientation via a so-called Flex Mode feature. This lets you take hands-free selfies or video calls, for example, or watch YouTube without holding the device.

For many, it’d perhaps be slightly easier to justify spending a ton of money on Samsung’s innovative foldable than the Xperia Pro’s niche feature set. And you can always spend the leftover change on accessories for the Fold 2, such as a case, true wireless earbuds, or even a monitor (the phone supports Dex too).

A fully upgraded 13-inch Macbook Pro with an M1 chip Apple launched its first computers powered by in-house silicon late last year, and the 13-inch Macbook Pro is the most capable of the lot. For the price of Sony’s super-expensive phone, you could instead get a fully upgraded MacBook Pro model with an M1 processor, 16GB of RAM, and a 2TB SSD for $2,300.

There isn’t much of a difference between the Pro and Air model (seen above), so you could potentially save a few bucks by getting a kitted-out Air instead, coming in at $2,049.

Want an Apple laptop? Here are the best you can buy right now

Don’t need a new laptop but want a desktop Mac? Then the new Mac Mini brings Apple silicon too, and you could buy three base models with change to spare. Otherwise, you could get a fully upgraded model (16GB/2TB) with Final Cut Pro and Logic Pro for just under $2,200.

Whatever you decide, you’d be getting a super speedy platform that should deliver a great experience for multimedia editing. And you could always opt for a base Mac or MacBook M1 and spend the difference on a camera and other accessories.

Don’t care for the Xperia Pro but still love Sony phones? Why not buy not one but two Xperia 1 II phones instead? That way you can share the love with a friend!

The Xperia 1 II retails for around $1,200. Sure, you’re not getting that HDMI input or as much RAM/storage, but the early 2020 flagship still has a ton in common with the new device.

Our verdict: Sony Xperia 1 II review — A Sony phone I’d love to keep in my pocket

That means a 4K HDR OLED screen, the same Snapdragon 865 processor as the Xperia Pro, a triple 12MP rear camera trio, and a 4,000mAh battery. And yes, the phone packs a 3.5mm port and IP68 rating too. Furthermore, it includes wireless charging, which is missing from the Pro.

The $800 Galaxy S21 doesn’t have those fancy HDMI capabilities obviously, nor does it have a 4K screen. But you’re getting an FHD+ 120Hz OLED screen, the latest and greatest flagship processor, and other expected extras like wireless charging, IP68 water/dust resistance, and DeX support.

You could get three S21 models for the price of the Xperia Pro, or if you really want to go all-out, you could get two S21 Ultras instead. The Ultra model ups the ante with a higher resolution screen, bigger battery, glass back, and two telephoto cameras for much better zoom performance.

Five PS5s (or one from scalpers) Still fancy giving money to Sony? Well, you can buy five disc drive-toting PS5s for $2,500. Alternatively, you can grab six digital-only models for the money.

Of course, finding five PS5s in stock might be an issue given persistent stock shortages, but with $2,500 you could technically pay the ridiculous premium charged by scalpers.

Don’t want to deal with PS5 scalpers but still want a next-generation console? Then you could grab five Xbox Series X consoles or eight Series S consoles instead. Netflix‘s top-end subscription plan comes in at $18 a month, and you get the ability to simultaneously stream to up to four devices, 4K support, as well as HDR content.

Instead of spending $2,500 on the Xperia phone, you could get a whopping 138 months (or 11.5 years) of premium Netflix instead. Given the shift to 8K in recent times, we’re guessing that this top-end option will include 8K content within those 11.5 years as well! The Raspberry Pi single board computer sparked a computing revolution of sorts when it first launched years ago, and the Pi 4 marks a massive upgrade for the series. You’ve got a major power boost thanks to the upgraded SoC, Gigabit Ethernet support, two USB 3.0 ports (in addition to two USB 2.0 ports), USB-C for power, and dual 4K monitor support.

In other words, this device has the feature-set to serve as a lightweight desktop PC. Budding tinkerers could buy 45 Raspberry Pi 4 models packing 4GB of RAM instead of the Xperia Pro.

Alternatively, you can buy 25 Raspberry Pi 400 Desktop Kits for a more comprehensive desktop experience. The Pi 400 is the 4GB Raspberry Pi 4 inside a keyboard, and the $100 Desktop Kit option includes a power supply, mouse, HDMI cable, beginner’s guide, and pre-installed microSD card. That’s enough to power a computer lab in an underfunded school, albeit without monitors. You could also drop $2,500 on fast food if you really want to. We’re not here to judge.

If you do like making poor life decisions, you could theoretically buy 416 Big Mac meals at $6 each. Those meals would also come with fries and a drink, although you could up your Big Mac quota to 625 if you opted for just the burger.

Either way, you get what you pay for, which probably can’t be said for the Xperia Pro.

What else would you buy instead of the $2,500 Xperia Pro? A top-class Sony camera? A killer 4K TV? A second hand car?!

Or do you think the phone is worth the asking price? Let us know in the comments!

Or if you’re really really set on the Xperia Pro, hit the link below to get one of your own.

The Xperia Pro is essentially an upgraded Xperia 1 II, with the main selling point being HDMI input support. This way, you can use the phone as a camera monitor and live-stream content from said device (camera not included). You’ve also got more RAM and storage in this model, but the rest of the spec sheet is mostly identical to last year’s flagship.

Back to Top
Close Add post
X
Today only: Get an Acer Chromebook C740 for just $100…AndroidIf you’re on a tight budget but need a laptop for work or study, this could be just the deal for you. Woot is currently offering this refurbished Acer…

A few things you could buy instead of a $2,500 Sony Xperia Pro

X
Speed Test G: Galaxy S21 Ultra vs Note 20 Ultra (a clear winner)…AndroidNow that the Galaxy S21 Ultra is available, there’s an obvious question to ask: how does its performance fare against Samsung’s previous flagship, the…
close