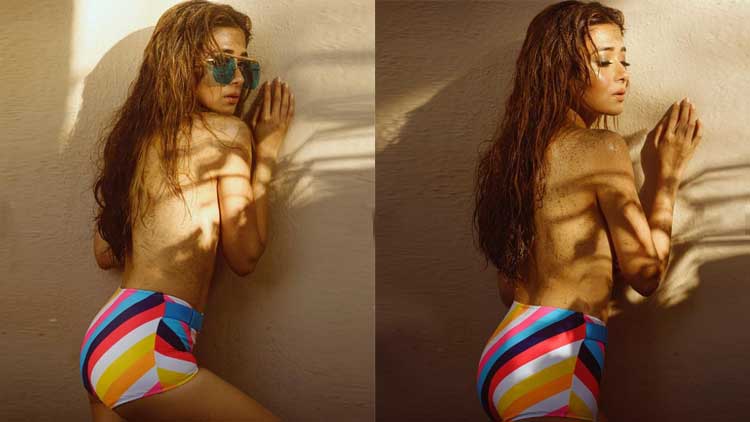 Television’s famous actress Tina Dutta is getting her very hot photoshoot done in one of the beautiful dresses these days. For the past few days, Tina has been continuously sharing her very hot and sexy pictures on her Instagram account. In all these pictures, Tina’s style is being made on sight.

Surely, Tina’s fans would never have seen this avatar of hers, and now seeing this look of hers, the fans are pressing their toes under the teeth, and are admiring her courage. Sharing her topless picture, Tina wrote in the caption, “Won’t complain if I turn up the heat a bit. I thought the new month deserves a change.”

The pictures of this latest photoshoot of Tina is going viral and fans were praising her by commenting that now Tina has now closed the comment section of her post.

Talking about Tina’s work front, she was last seen in the web series “Naxalbari” released in November last year. This web series was released on G5. There were many other well-known actors in this series and it got a good response.