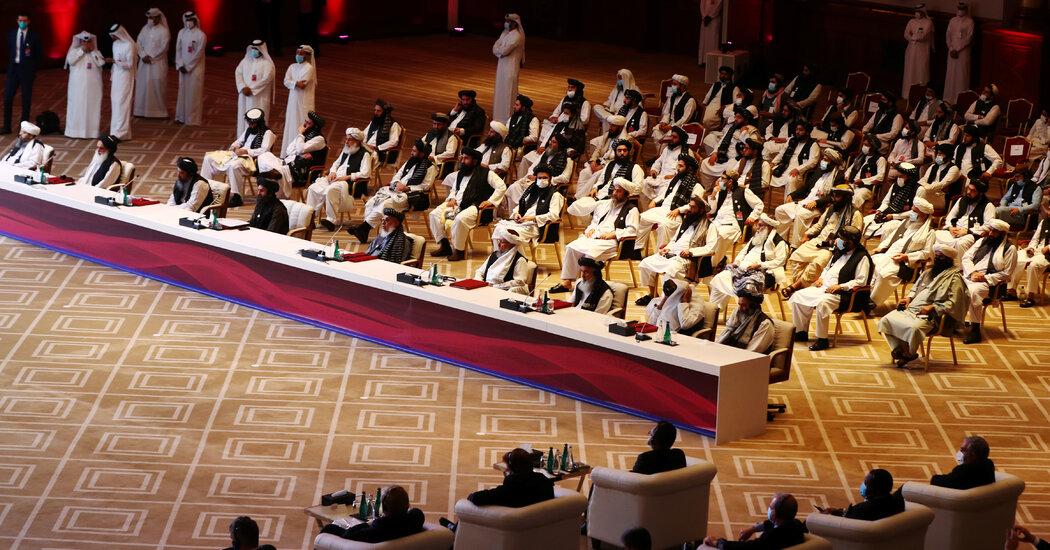 One of the hangups was over a reference to the Hanafi school of Islamic thought, one of the four major Sunni schools, which is also the foundation of the current Afghan Constitution, the officials said. Initially, the two sides were at odds on a formulation that does not alienate other sects, particularly Afghanistan’s Shiite minority. The officials said that dispute was resolved in favor of the Afghan government’s approach.

The second point was the inclusion of the Feb. 29 agreement between the Taliban and the U.S. government as a basis for the current talks, officials said. The February agreement prompted the withdrawal of U.S. and NATO forces in exchange for counterterrorism pledges from the Taliban and the release of 5,000 Taliban prisoners.

The Afghan government balked at the inclusion of the February deal as a starting point, as the government was not a party to that agreement. To resolve the issue, the deal is mentioned, but the guidelines also included references to at least one other framing document, the officials said.

One official added that Mr. Ghani wants a mention of a March United Nations Security Council resolution stating that the United Nations does not recognize the Taliban as the Islamic Emirate of Afghanistan nor condone its restoration.

But this progress was seemingly derailed when Mr. Ghani recalled members of the republic’s negotiating team, Abdul Salam Rahimi and the head negotiator, Masoom Stanekzai, to Kabul last week and insisted on the inclusion of the Islamic Republic’s name in the guiding documents, among other issues, the officials said.

Mr. Ghani’s resistance to the talks has pushed the United States and the European Union to push harder for the immediate staffing of the organization charged with leading the talks, the High Council for National Reconciliation, led by Abdullah Abdullah, who has yet to weigh in definitively on the current situation.