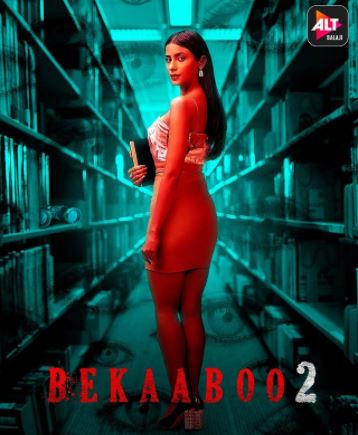 ALTBalaji’s psycho-thriller Bekaaboo 2 was one of the most awaited series considering the cliffhanger and unanswered questions in the first season. From the pre-teaser to the show’s trailer, it kept the audiences hanging, and it was all worth it when the series finally premiered. One can only expect thrill, edge-of-the-seat drama, and intrigue that keeps one hooked onto their screens when it comes to the storyline.

Subha Rajput plays the character, Anaysha in Bekaaboo 2. Anaysha is an author who shot to fame swiftly with her new book. She reached this fame after double-crossing and hurting many people, making her very unpopular among her peers. Her climb to success lost her many friends, making it very lonely for her at the top. With every other person seeking revenge on her, including her ex-lover and competitor, she is in for a horrible time.

Subha Rajput talks about what makes Bekaaboo 2 so unique, “Apart from the story and the plot twists, every episode has a cliffhanger in every episode leaving the audience hungry for more. It has been one of the major reasons Bekaaboo 2 has gotten so popular and attractive. Maintaining this consistency couldn’t have been easy, but the makers made it look so effortless, leaving me in awe.” The rest of the actors were in agreement with the statement as well. They call it the USP of the series.”

The series is now streaming on the ALTBalaji platform