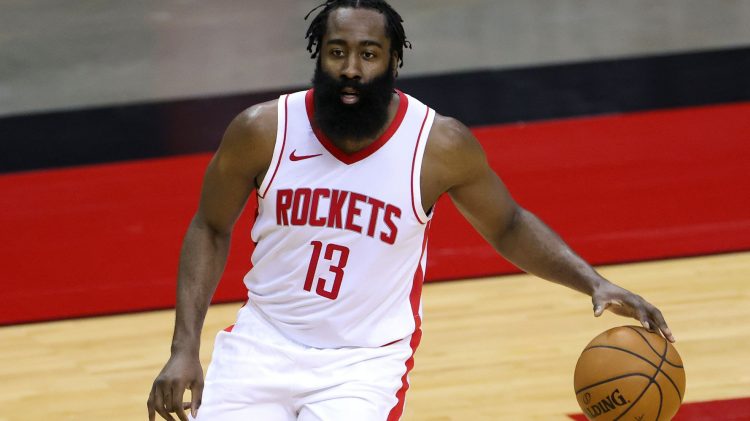 The James Harden soap opera in Houston now comes with a canceled season opener — and a $50,000 fine for the league’s leading scorer.

Houston’s opener against the Oklahoma City Thunder on Wednesday night was scrapped after coronavirus cases and Harden’s violation of the NBA’s COVID-19 protocols left the Rockets without the league-mandated eight players available to start a game.

It was a dispiriting blow to the NBA on just the second night of an uncertain season launching with the pandemic still raging.

The NBA announced the postponement in a release that said three Rockets players had returned tests that were either positive or inconclusive and that four other players were quarantined because of contract tracing.

The release also said that Harden was unavailable for the game because of a violation of health and safety protocols after video of the disgruntled star surfaced on social media where he was without a mask at a crowded party in a private event space Monday night.

Already a distraction to the team amid months of rumors that he wants to be traded, Harden’s latest move potentially threatened the health and safety of his team and kept the Rockets from beginning their season.

The drama began when reports surfaced that Harden and Russell Westbrook both wanted out of Houston. The Rockets dealt Westbrook to the Wizards earlier this month after just one disappointing season in exchange for John Wall and a future first-round pick.

That move did nothing to quell the reports that Harden still wanted to be traded, and the scrutiny only intensified when the 2018 MVP didn’t report to camp on time. While the rest of the Rockets were preparing for the season, Harden was photographed partying in Atlanta at a rapper’s birthday party and at a nightclub in Las Vegas.

He finally arrived in Houston but missed the team’s first two preseason games under new coach Stephen Silas while going through the league’s COVID-19 testing protocol. Harden rejoined a team that looked quite a bit different than the one which lost to the Lakers in the Western Conference semifinals this summer.

Houston has 16 players on its roster; with seven dealing with tests or quarantine and one hurt. That would have left eight eligible players, which is the league minimum to start a game. Harden’s unavailability lowered Houston’s total of available players to seven.

Houston’s injury report released Wednesday morning that Ben McLemore and rookie KJ Martin were not with the team and were self-isolating and that DeMarcus Cousins was questionable because of a sprained right ankle.

Harden’s since-deleted Instagram post explaining why he attended the event in question would certainly suggest that he was in violation of the rules.

In the post he wrote: “One thing after another. I went to show love to my homegirl at her event (not a strip club) because she is becoming a boss and putting her people in a position of success and now it’s a problem. Everyday it’s something different. No matter how many times people try to drag my name under you can’t. The real people always end up on top.”

But for now the eight-time All-Star is on the shelf after admitting to breaking the rules set forth in the protocols.

“In light of the serious and highly infectious nature of the coronavirus… individuals must not engage in activities or conduct that a reasonable person would regard as posing unnecessary risk relative to the significance (or lack thereof) of such activity or conduct,” the protocols say.

Harden, according to the protocols, may now be ordered into quarantine and could lose more than $500,000 for each game missed because of protocol violations.

Houston’s next scheduled game is Saturday at Portland and the road trip continues on Monday in Denver. They’re next scheduled to play at home on New Year’s Eve in one of two straight games against Sacramento. Houston is one of only six teams allowing fans to start the season and it will be interesting to see how the home crowd responds to Harden if he’s available to play next Thursday.

After finishing last season in the bubble, the NBA is now dealing with more coronavirus issues as all its teams are playing in their own arenas. Sacramento coach Luke Walton used what happened in Houston as a chance to remind his players to be vigilant about following protocols, and Nuggets coach Michael Malone said he expects more such issues as the season gets going.

“Not surprised. Just look at what’s going on in our country, around the world. COVID is a lot bigger than the NBA,” he said. ”… This is something that we’ve been dealing with since the season was shut down last year. We were forced to play in a bubble and now we’re trying to play outside a bubble and these are some of the side effects of that. … That will not be the last game that’s postponed due to COVID.”

Oklahoma City also was involved in the March 11 game that led to the league shutting down for the coronavirus pandemic; the Thunder were to have been the home team that night for a game against Utah, called off when it was learned Jazz center Rudy Gobert was the NBA’s first player to test positive for COVID-19.

The Thunder, unwittingly, now find themselves part of history again.