Home EntertainmentBollywood Antim: The Final Truth: Here’s what Aayush Sharma has to say on working in Salman Khan starrer

Antim: The Final Truth: Here’s what Aayush Sharma has to say on working in Salman Khan starrer 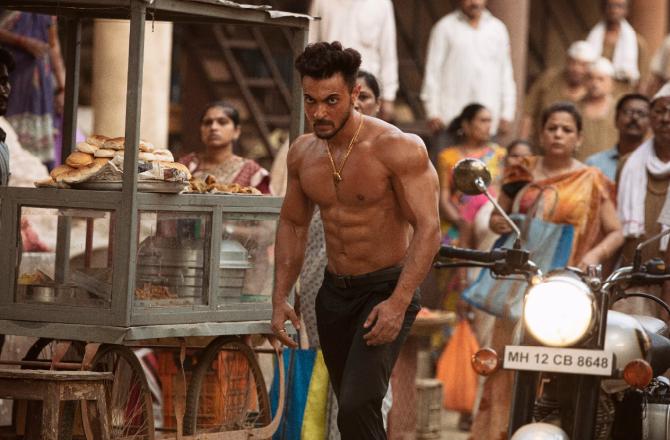 Inundated with appreciation for his apt portrayal of a dreaded criminal, Aayush Sharma expressed his heartfelt gratitude towards everyone for offering their love. Aayush was showered with praises and accolades for his striking transformation as the deadly gangster in his upcoming film Antim- The Final Truth.

Thanking the audience as well as the makers of the film, Aayush Sharma shared a post on social media saying, “The greatest gift as an actor is the love and appreciation from the audience. Thank you so much for blessing me with the abundant praises for the first look of #Antim. It is so overwhelming when your hardwork finally pays off and efforts are appreciated.

From the bottom of my heart I would like to express my gratitude towards @beingsalmankhan @maheshmanjrekar sir for believing in me and pushing me beyond my limits (sic)”.

The film is being helmed by Mahesh Manjrekar and ever since Aayush shared Salman Khan’s first look, buzz around Antim has been tremendous.

In his first look, Salman was seen in a full fledged sikh avatar and impressed everyone with his characteristic swag, charisma and commanding screen presence. Aayush had revealed Salman’s look with caption “Antim Begins.. #BhaisAntimFirstLook #AntimTheFinalTruth @beingsalmankhan (sic)”.

Salman Khan had earlier shared, “I am looking forward to Antim. Being back on sets after a good long break because of the lockdown. The audiences will surely enjoy this film, a universe is being created like never before.”

Salman and Aayush not only look sizzling hot, but the glimpse into the raw and gritty action has upped the excitement. Their onscreen collaboration is among the most highly anticipated ones and audience have their eyes set on more developments and updates from the film.

Also Read: Aayush Sharma On Anniversary: We Have Been Married For 6 Years But Feels Like I Know You Since Forever