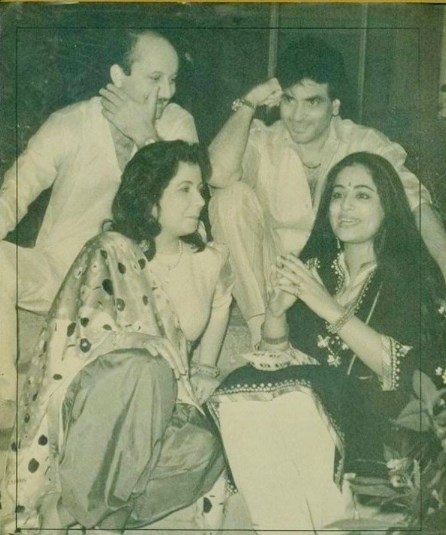 Anupam Kher is one actor who is very active on social media. His ‘Dulari Rocks’ videos with his mother are a big win win over the internet. He also interacts with his fans through his posts. The actor has now shared a throwback picture with the veteran actor Jeetendra, Shobha Kapoor and his wife Kirron Kher.

Sharing the photo, he wrote,”Life moves on, but memories don’t. I found this pic of #Jeetu Ji, #Shobha ji, #Kirron and I in a book. I immediately went into a flashback of the great times we all had together. It was fun. Laughter, stories and carefree atmosphere. And then we all grew up. I really miss us.”

In the photo, we can see the good old days of these actors. All of them look very young in the photo.

The actor is currently in Himachal Pradesh and is enjoying his trip there. He keeps sharing  videos on his social media account where he can be seen interacting with the common people there. His banter with the common man is loved by his followers.