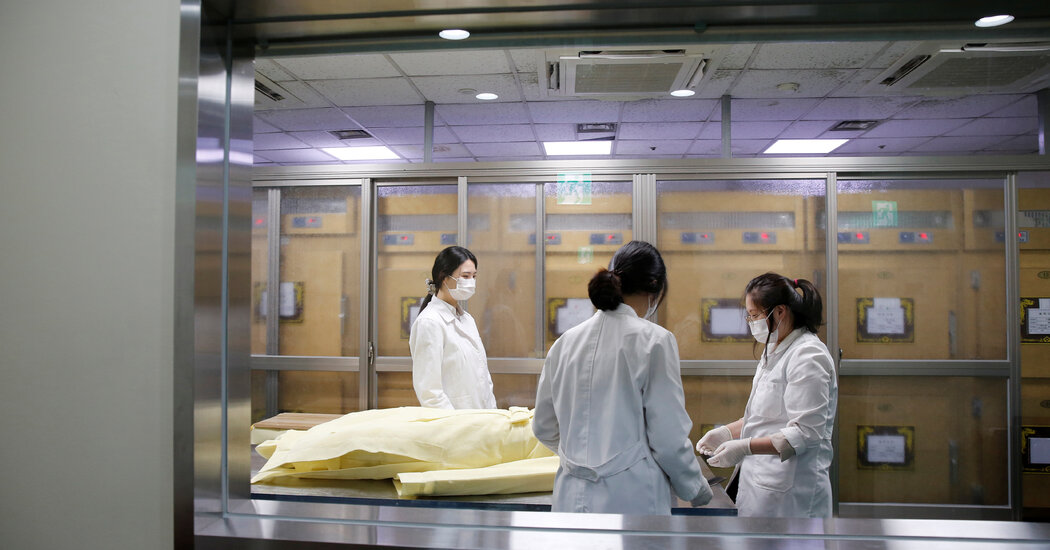 Think of major threats to South Korea, and its nuclear-armed neighbor North Korea may come to mind. But a subtler risk to South Korea’s future well-being lies within its borders: a shrinking and rapidly aging population.

The concern was underscored this weekend with the release of census data that showed South Korea’s population fell in 2020 for the first time on record. A declining number of newborns was exceeded by a growing number of deaths, according to census data reported Sunday by Yonhap, the South Korean news agency.

For years, population experts have warned that demographic trends in South Korea, like those in Japan, show declining growth — a bad signal for replenishing the labor force and caring for retirees and other older people as they become a larger share of society. The new data from South Korea, while not a surprise, were nonetheless concerning for a country that in recent decades has become one of Asia’s economic and cultural dynamos.

Yonhap quoted a ministry statement as expressing alarm about the implications, saying that “amid the rapidly declining birthrate, the government needs to undertake fundamental changes to its relevant policies.”

It was unclear to what extent the coronavirus pandemic may be exacerbating the population problem. The roughly 1,000 deaths in South Korea attributable to Covid-19 did not affect the basic outcome. But the Bank of Korea, in a regular economic appraisal reported last week, said the pandemic would exert a “a negative impact on the nation’s marriage and birthrate, leading to an acceleration of aging in the population.”

Successive South Korean governments have sought to counter the declining birthrate by offering financial incentives for couples to have more children.

The latest package of inducements was introduced just a few weeks ago by President Moon Jae-in, offering monthly allowances of 300,000 won, or about $274, for every newborn and infant up to the age of 1 starting in 2022. Expectant couples would get a 2 million won cash bonus starting next year, along with increased medical and other benefits.

While Mr. Moon’s package was an acknowledgment that prior inducements had failed, it was unclear whether increasing the financial rewards for bearing children would help.

Other trends in South Korea strongly discourage births. They include unaffordable housing and the rising opposition among women to child-rearing expectations by men in what remains a patriarchal society. More women in South Korea, rebelling against the country’s deeply embedded sexism, are foregoing marriage and motherhood in pursuit of education and professional careers.

“In short, our country is not a good place to live in, so passing down the burden to our children is not preferable,” The Korea Times said in an editorial last month about the inefficacy of what it called the government’s piecemeal attempts to reverse falling births.

South Korea’s fertility rate, a measurement of the average number of children per woman, is the world’s lowest. Data from the Organization for Economic Cooperation and Development, which includes South Korea, show its fertility rate has gradually fallen from 2.9 in 1979 to .9 in 2019. Forecasters expect it to fall further.

A fertility rate of 2.1 is regarded by demographers as the threshold required to replenish a country’s population.

With fewer young workers, employers cannot fill vacancies. Retirees constitute a growing segment of the shrinking population, with fewer government resources to help them. The suicide rate among South Koreans aged 65 and older is one of the highest.