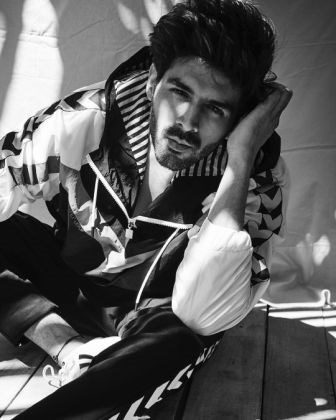 Actor Kartik Aaryan created a sensation among fans by posting a picture of himself in a new mysterious look on social media and now unveils a teaser for the same.

The actor took to his social media profile and dropped a video post, he captioned it, “Someone called for a Badass…Arriving tomorrow”

In the teaser, we get a glimpse of a vigilante of sorts, perhaps a cape crusader, jumping off building and running around town in pitch black darkness. Though Kartik’s face was hidden in the dark, his long hair was clearly visible. The foreground of the photo had the date 20.06.21.

Kartik recently clocked a decade in Bollywood with his debut film ‘Pyaar Ka Punchnama’ and will next be seen in ‘Dhamaka’ which has been directed by Ram Madhvani.

The film will follow a news anchor reporting a hard-hitting incident of a bomb blast in real-time. Kartik’s character will be subjected to circumstances grappling him between tough choices, abidance to his career, or awakening the humanist within.

Apart from ‘Dhamaka’, Kartik will also be seen in ‘Bhool Bhulaiyaa 2’.