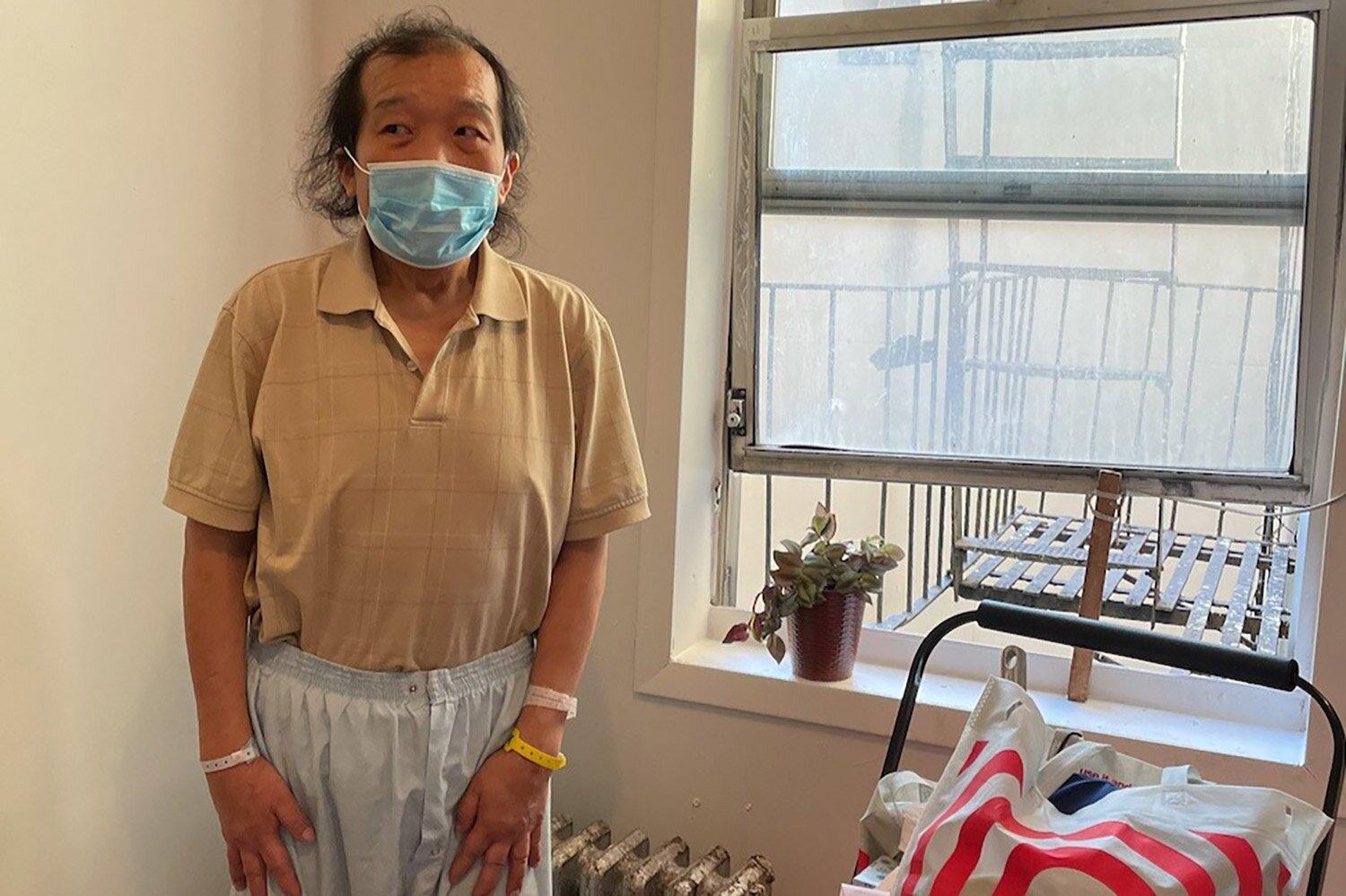 A New York City resident, who was living in the East Village neighborhood, had his apartment cleared without his knowledge while he was battling COVID-19.

Ryo Nagoaka lived in the apartment for more than two decades before finding out on Wednesday that his keys didn’t work after his hospital stay.

“I turned the door with my key … didn’t work. I was surprised,” he told CBS New York on Saturday of the building partly owned by Shark Tank‘s Barbara Corcoran.

However, Corcoran, 72, claims that the clearing out of his apartment was “necessary” as the apartment had become a “health hazard.”

“Given how badly Mr. Nagaoka’s health had deteriorated, the state of his apartment had become a clear health hazard to the rest of the residents in the building,” Corcoran told Page Six in a statement. “A biotech crew was required to perform the necessary cleaning. There was no furniture in the apartment aside from a mattress and a grand piano. They were instructed to save anything that was salvageable.”

Alex Rodriguez is also a passive investor in the building but does not manage it and is not involved with any decision-making for it.

RELATED: The Schitt’s Creek Motel Has Officially Hit the Market — and It Could Be Yours for $1.6 Million

When Nagaoka eventually got access to his apartment, he recalled, “I saw the whole empty room, except the piano was there.” His pet turtle was also still remaining in his home.

A spokesperson for Corcoran told CBS NY that Nagaoka gave the building’s super permission to break the door down when he was hospitalized in January.

Corcoran did not immediately respond to PEOPLE’s request for comment.

Nagaoka revealed he was “not mad” about the situation, but rather “shocked and surprised. I was stunned.”

Neighbors of the East Village resident, however, told CBS NY that the apartment was vacated without proper notice.

RELATED VIDEO: Shark Tank’s Barbara Corcoran Loses Almost $400K in Phishing Scam: ‘I Won’t Be Getting the Money Back’

Nagaoka’s neighbors made a GoFundMe page and an items donation page, both of which have surpassed the initial goal requests. He is also out of work since he was a restaurant employee prior to his hospitalization and recovery.

Corcoran donated $12,000 to help her tenant, according to the GoFundMe page.

As information about the coronavirus pandemic rapidly changes, PEOPLE is committed to providing the most recent data in our coverage. Some of the information in this story may have changed after publication. For the latest on COVID-19, readers are encouraged to use online resources from the CDC, WHO and local public health departments. PEOPLE has partnered with GoFundMe to raise money for the COVID-19 Relief Fund, a GoFundMe.org fundraiser to support everything from frontline responders to families in need, as well as organizations helping communities. For more information or to donate, click here.