Home EntertainmentGossips Below Deck Recap: Francesca Has Had Enough as Elizabeth and James Sleep In Guest Cabin Without Permission

Below Deck Recap: Francesca Has Had Enough as Elizabeth and James Sleep In Guest Cabin Without Permission 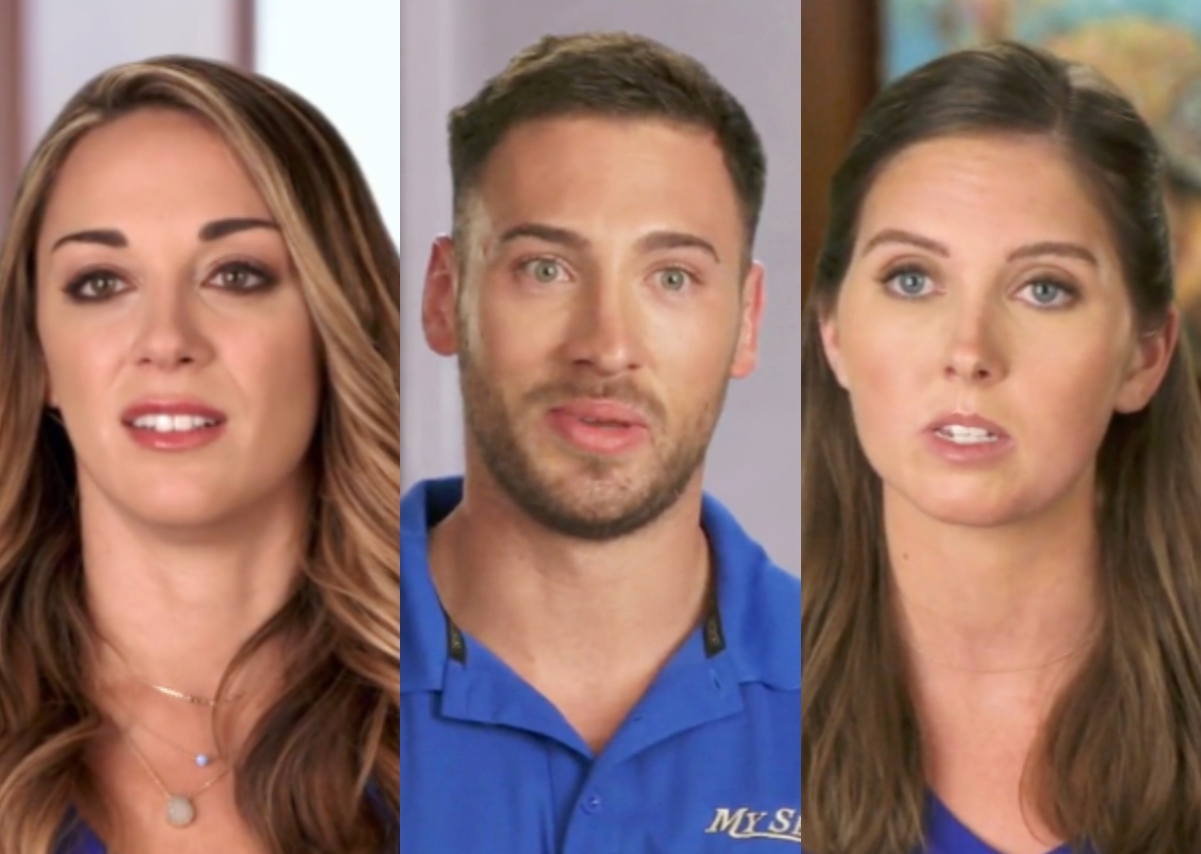 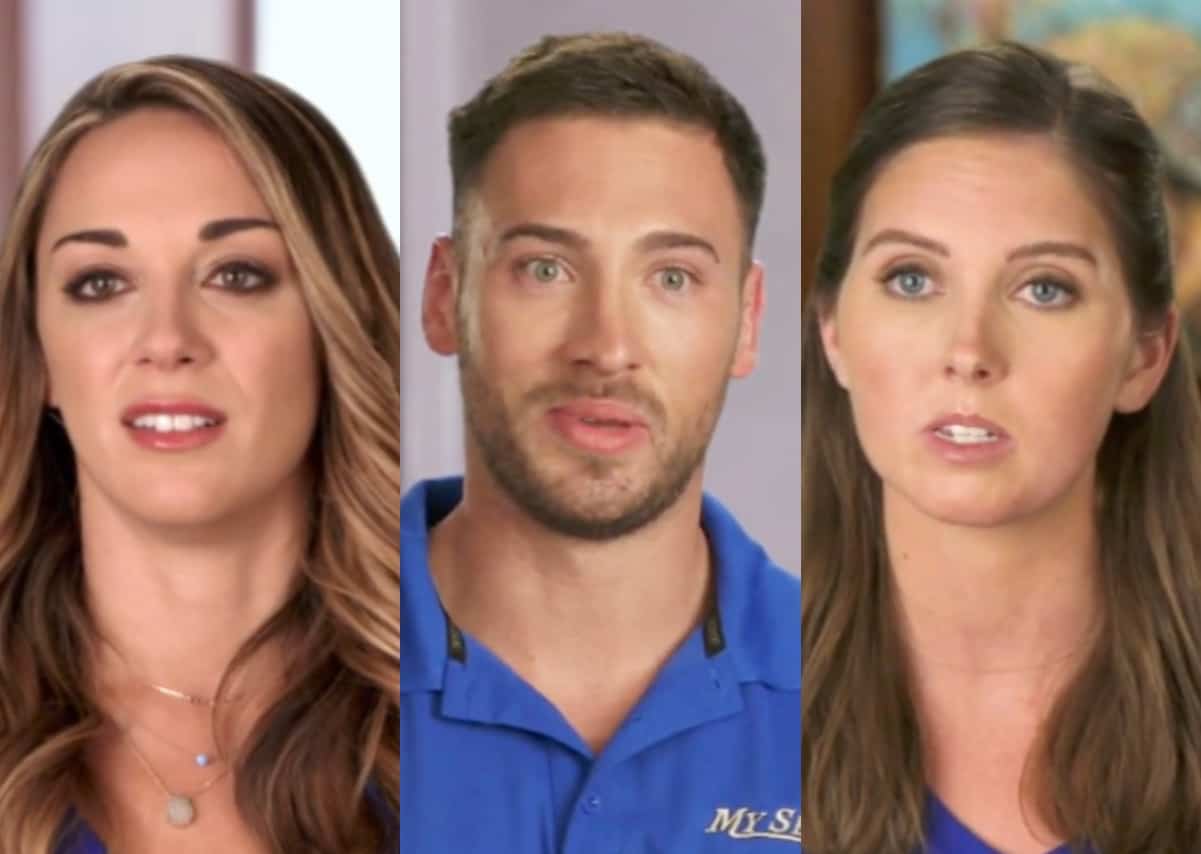 James has found himself in hot water with Elizabeth. The womanizer that he is just can’t seem to shut up about Instagram girls in front of her. James claims he is mainly doing this because he is p*ssed Elizabeth did not stick up for him when Rachel was bashing him over dinner. Mature. This affects Elizabeth greatly, which means she’s just going to have an even worse work ethic. Great.

Listening to Eddie explain the crew ailments to the doctor makes me cringe. It sounds pretty gross that the chef has diarrhea. Ashling essentially refuses to see the doctor, despite her current stomach issues, and she chooses to work through it on her own. When the doctor sees Elizabeth, she prescribes her meds even though Elizabeth blushes when asked if she is sexually active. Elizabeth should also be embarrassed when she asks, “Are UTIs contagious?”

I feel like a chef with gastroenteritis needs to be removed from service immediately, right? Rachel needs IV therapy with some fluids, but like a champ, she opts for it tomorrow so she can finish serving these people. Rachel powers through it and manages to pull off yet another delicious looking meal.

All of this is going on and somehow Ash is able to flirt with probably the most sunburnt charter guest named Justin. Also, can we please just have Rob share a random story about his life every episode?? Falafels the dog? COME ON.

Wait — did James just legit hit on Ash directly in front of Elizabeth? He asks Ash if she would take over the late-night shift because Elizabeth doesn’t feel well… because she has a UTI… from having sex with James. How messy! Elizabeth is less than pleased with James’ current behavior, but I am not sure she is surprised. Remember when she wanted James to propose to her after dating for, like, 30 minutes?

Loving Eddie acknowledging the fact that Izzy is a rock star on deck crew. Captain Lee agrees and states, “She’s no cream puff.” Ha. Eddie gets the green light to move Izzy to lead deckhand, despite what the boys of the crew may think.

Watching Elizabeth confront Ash about James is super awkward. Almost as awkward as Francesca interrupting it because no one was answering her radio calls. Elizabeth jumps to the call of duty when she realizes that James is also helping down in the galley, and any chance she can see him gets her moving.

Elizabeth tells James, “I think it’s strange the way you flirt with Ash.” James claims it’s a joke and that it’s just his personality. Welp, I am here to tell you your personality sucks. And anyway, it appears as though Ash is off the market… is she dating Justin the charter guest now?!

It’s so sad that Izzy is more worried if James and Rob will listen to her as lead deckhand instead of celebrating her promotion. She certainly deserves it and it is a reason to celebrate. If only Rachel would be so worried. In her own words, “Nobody wants the squirts during dinner service.” Ew — girl, go take care of that and stop putting your hands in people’s food!

Elizabeth is now venting to Rachel about James. Rachel reminds Elizabeth that she called James’ type long ago. But alas, Elizabeth is still stuck on this guy. Will she ever put the same (if not more) energy into doing her job instead of running after James with a cannoli? Also, she must have forgotten she was brought on board to work… right? While I’m at it, isn’t she supposed to tie her hair back during dinner service? It’s too much!

As Elizabeth introduces James to what I am assuming is his first-ever cannoli, Francesca finds them to remind them that this is a JOB. She asks, “What are you guys up to? Chatting while I am slaving away up there? Stop talking, Elizabeth.” Francesca does not appreciate that the two of them basically gave themselves a break while everyone else is busy working.

When Francesca lets Eddie know that she caught James and Elizabeth, Eddie explains that “disappointed dad is coming out.” Eddie is annoyed because he stuck his neck out for this new couple, but it’s hard to keep rooting for James and Elizabeth when they keep making dumb mistakes.

The next morning, the charter guests are nursing hangovers and Justin is still hitting on Ash. The breakfast service is not going as smoothly as Rachel would like, due to, according to Rachel, Francesca’s poor expediting skills. Luckily, the guests did not notice because they left the crew an “okay” tip, according to Izzy ($1,400.00 worth).

We need a moment to discuss the fact that chef Rachel was on season three of America’s Next Top Model. Would love to hear what Tyra Banks would have to say about Rachel now!

Captain Lee announces that the crew will be having an “adopt a beach day” — aka clean up a beach in Antigua from litter and garbage. How p*ssed is James for being dragged along for litter picking? This guy would rather lounge on a beach and drink. Rachel is the only one who doesn’t take part as she heads off to get her IV.

There is literally trash everywhere on this beach. Bag after bag gets filled by the crew, and they return to a rehydrated Rachel. As everyone makes their way back to their bunks, James has other plans. How ballsy James and Elizabeth are for meeting in a guest cabin!! What on Earth could they be thinking, particularly because Francesca is watching Elizabeth like a hawk, just waiting for her to mess up? Also, is this hookup a good idea considering Elizabeth’s current UTI situation?

In the morning, Eddie announces that “today is Izzy’s first day as lead deckhand!” Ew, Rob. Don’t say it’s “cute” that Izzy is the lead. Jealousy is NOT a good look.

Look at Izzy dropping the bombshell that James and Elizabeth went into a guest cabin in front of Ash. Naturally, Ash runs and tells Francesca… just the fuel Francesca needs for the fire. Francesca explains that sleeping in the guest cabin without permission is a big, fat no-no. She is so mad!

As Francesca fumes in the interior, the exterior of the yacht isn’t running smoothly either. Rob and James are pushing back on Izzy’s directives and Rob states, “It’s definitely a democracy run by a dictator.” Rob is being very condescending to Izzy.

Charter number seven is coming up and Captain Lee preps Rachel, Francesca, and Eddie for the next group. They seem… rich.

When Francesca sees Elizabeth having her meal, she decides NOW would be the best time to air her grievances in front of Izzy and Rob. Francesca asks if Elizabeth slept in the guest cabin with James, and Elizabeth tries to clarify that they didn’t really sleep there (gross). Francesca explains her anger and Elizabeth tells Francesca, “I do want to keep being professional.” LOL, Elizabeth, that ship has sailed. But, to be fair… if we wanted to talk about being professional, it wasn’t the best move to pick your fight in front of half the crew, Francesca…