Bollywood in 2020: When fandom’s adoring gaze turned to harsh scrutiny 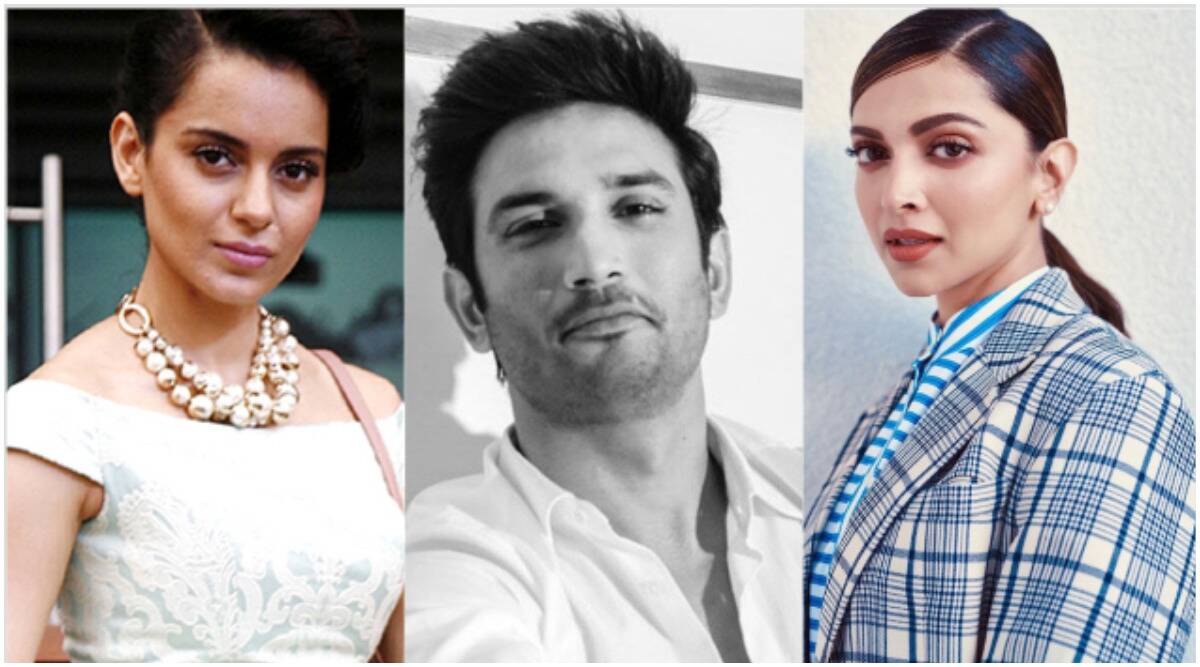 This was the year Bollywood leapt from the entertainment section to top of the national news agenda with the grit and grime of political acrimony and crime tarnishing the glitter of the glamour industry that never really recovered from the suicide of one of its own- Sushant Singh Rajput.

From Deepika Padukone’s visit to JNU at the beginning of the year and the traumatic fallout of Rajput’s death to Kangana Ranaut’s run-in with the Maharashtra government and a host of stars being questioned for their alleged use of drugs, the issues came flooding in. And the industry faced the brunt of the public’s harsh scrutiny rather than the adoring gaze of fandom it was used to.

There were no new films as the coronavirus pandemic halted production and theatres closed down, but the Hindi film industry and its stars remained under a relentless spotlight that showed up its many faultlines.

As Bollywood looked for bigger support in its fight against incessant vilification, actor-MP Jaya Bachchan spoke out in the Rajya Sabha about the negative spotlight and said she completely disagreed with those who termed the entertainment industry a gutter.

The news cycle started early in the year when Union minister Piyush Goyal met Bollywood personalities on January 5 for a discussion on the Citizenship Amendment Act. The meeting came close on the heels of major industry people, including Anurag Kashyap and Zoya Akhtar, participating in the nationwide protests against the contentious act.

The very next day, Deepika Padukone set off a firestorm with a surprise visit to the Jawaharlal Nehru University campus in New Delhi to express solidarity with students who were attacked by a masked mob. She did not speak and stood silently behind student leaders, but the action, the first time she had taken a political stand led to calls for the boycott of her film Chhapaak.

Union minister Smriti Irani attacked Padukone and said she chose to stand next to people who wanted the “destruction of India”. The ripple effect of the CAA debate continued, polarising the film industry with acrimonious debates on Twitter and elsewhere.

Then came Sushant Singh Rajput’s death. On June 14, the M S Dhoni: The Untold Story star was found dead in his Bandra apartment. The untimely death of the 34-year-old led to anguish of course, but also deep angst with questions on nepotism, Bollywood power structures and the gate-keeping attitude of the industry. Many viewers and even some in Bollywood believed Rajput was “targeted” for being an outsider.

Maharashtra Home Minister Anil Deshmukh on June 15 tweeted that Mumbai Police would probe the angle of “professional rivalry”, which according to reports, was the cause for his alleged “clinical depression”.

Among those questioned were Yash Raj Films’ top honcho Aditya Chopra, filmmaker Sanjay Leela Bhansali and Sushant Singh Rajput’s girlfriend Rhea Chakraborty. But that was only the start of it. The case took a political turn when more than a month later, on July 25, Rajput’s 74-year-old father K K Singh lodged an FIR against Chakraborty and her family in Patna in connection with his son’s death.

Bihar Chief Minister Nitish Kumar recommended to the Central government that the FIR be transferred to CBI for a probe. A bitter political row between the governments in Maharashtra and Bihar ensued. The two police forces became parties in a case filed by Chakraborty in the Supreme Court.

Chakraborty and her brother were subsequently arrested and political parties across the spectrum got into the discourse too as the investigation began.

Premier government agencies, including the Central Bureau of Investigation, the Enforcement Directorate and the Narcotics Control Bureau, joined the investigation. Sushant Singh Rajput’s case became the biggest national headline and remained so for months.

The NCB expanded its probe into an alleged use of drugs in the film industry and questioned several Bollywood personalities, including Deepika Padukone, Sara Ali Khan, Shraddha Kapoor, Rakul Preet Singh.

As a section of national TV media termed Bollywood “immoral and unlawful”, its artistes, particularly the women, were subjected to intense trolling on social media and outside too.

The industry found itself in a lonely battle against top powers in the system, compelling the Producers Guild of India to issue a statement slamming the media coverage of Bollywood and the intense trolling of its artistes.

The fraternity then took the legal route, with major Bollywood producers, including the three Khans Shah Rukh, Salman and Aamir as well as Karan Johar and Akshay Kumar approaching the Delhi High Court against two TV channels and their editors for allegedly defaming the industry with terms such as “scum” and “druggies”.

The lawsuit, by four industry associations and 34 producers, sought the court’s direction to TV channels as well as social media platforms to refrain from making or publishing allegedly irresponsible, derogatory and defamatory remarks against the industry. It was a rare instance of industry’s diverse members coming together.

As Bollywood was subsumed in conspiracy theories and allegations on Sushant Singh Rajput’s death, the late actor’s family and fans found solid support in actor Kangana Ranaut, at the forefront of the “Justice for SSR” campaign. She also spoke of alleged drug use in a section of the film industry and went on to criticise Bollywood and even Maharashtra Chief Minister Uddhav Thackeray and his government.

Ranaut likened Mumbai to Pakistan occupied Kashmir and said she feared Mumbai Police. She was given Y-plus category security thereafter.

The year that started with Bollywood’s support for intensified opposition to CAA is ending with backing for another movement — the farmers’ protest.

And once more, there was a public spat involving Kangana Ranaut, known for her provocative statements. She got into a Twitter row with Dosanjh, who took the actor to task for sharing a fake tweet and using derogatory language to describe an elderly female protester.

What followed was a bitter exchange with Ranaut calling Dosanjh filmmaker Karan Johar’s “pet”, a “bootlicker” and asked if he wasn’t ashamed of defending somebody who “instigated” the Delhi riots earlier this year.

For most part of 2020, tensions brewed between the industry and the top state powers but there were also attempts to join hands with the country’s soft power.

Amid a sustained anti-Bollywood sentiment in the country, Uttar Pradesh Chief Minister Yogi Adityanath rolled out an ambitious plan to set up a film city in the state in September, even as Shiv Sena MP Sanjay Raut said it was not easy to shift Mumbai’s Film City elsewhere.