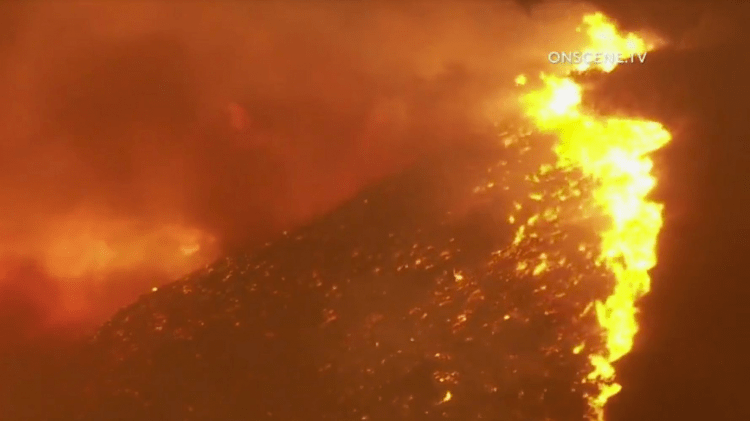 LOS ANGELES, Dec 24 (Reuters) – Wind-driven flames racing through miles of dry brush on a U.S. Marine Corps base in Southern California prompted the evacuation of more than 7,000 residents on Thursday from neighborhoods at the edge of the sprawling installation, authorities said.

The so-called Creek Fire erupted Wednesday night along a roadside on the eastern flank of Camp Pendleton, north of San Diego, and charred some 3,000 acres by noon on Thursday, the California Department of Forestry and Fire Protection (CalFire) reported.

No property damage or injuries were reported, but the blaze prompted mandatory evacuations early Thursday of base housing facilities, as well as homes in the adjacent civilian community of Fallbrook, displacing 7,000 people there, CalFire Captain Thomas Shoots said.

As of midday, firefighters had yet to establish firm control lines around the blaze, with containment at zero, although fierce Santa Ana winds that initially fanned the flames through drought-parched grass and brush had subsided by early afternoon,Shoots said.

The cause of the blaze was under investigation.

The incident capped the heaviest wildfire season on record in California in terms of total acreage burned, with more than 4million acres and over 10,000 homes and other structures up inflames. Thirty-three lives were lost.