Home General China brings moon rocks back to Earth in a first for the country as space race with U.S. heats up

China brings moon rocks back to Earth in a first for the country as space race with U.S. heats up 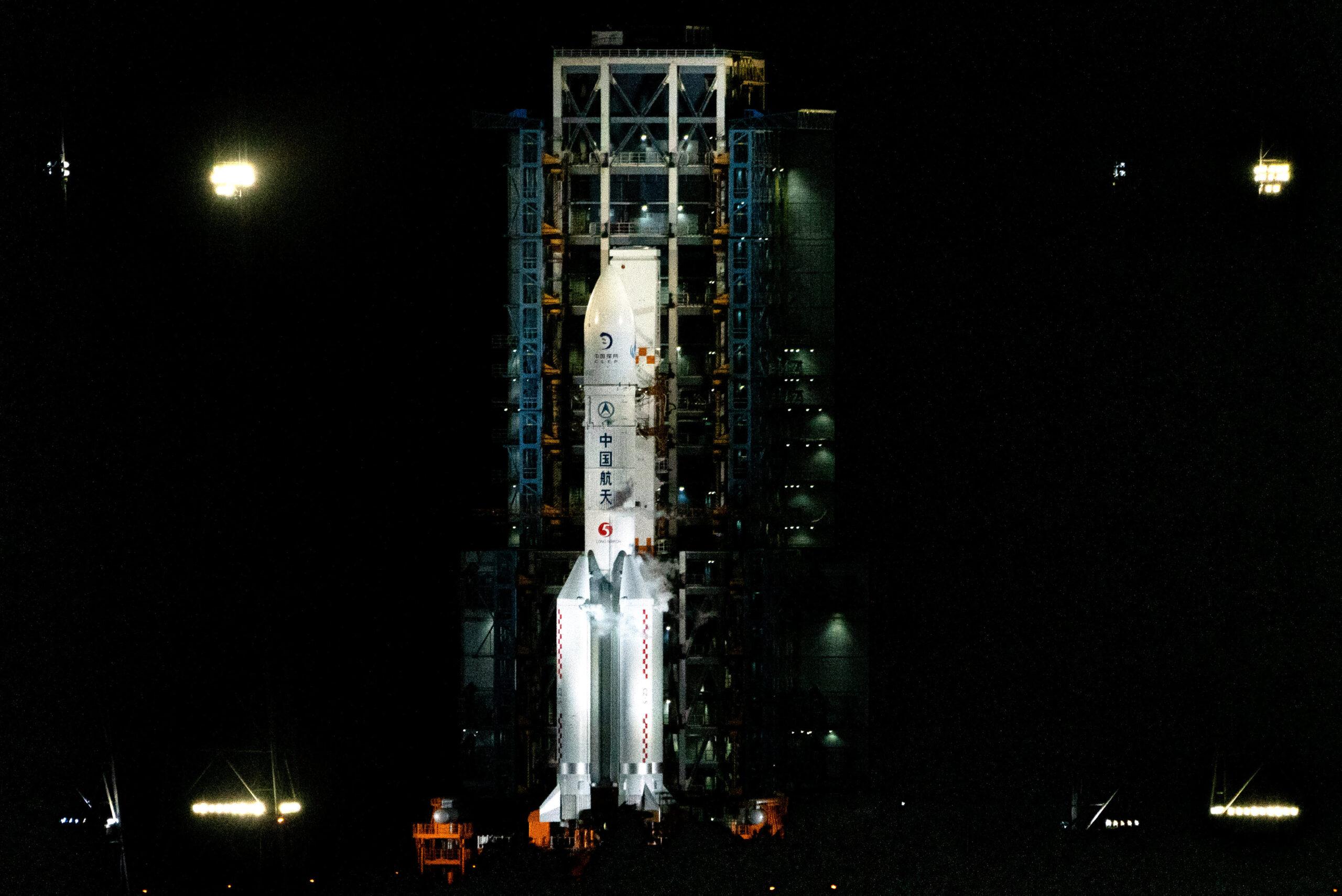 The Long March 5 rocket carrying Chang’e 5 is seen on the launch pad at the Wenchang Space Launch Site on Hainan. The 8.2-tonne Change 5 probe, which consists of a lander, an ascender, a service module and a return capsule, is the sixth mission of the Chinese lunar exploration programme Change. The goal of the mission is to collect lunar soil and rock samples from Oceanus Procellarum and bring them back to the Earth. If successful, Change 5 will be the first sample-return mission since the 1976.

GUANGZHOU, China — China’s moon mission has come to an end with its spacecraft returning back to Earth with lunar samples, a first for the country.

Around 2:00 a.m. Beijing time on Thursday, the Chang’e 5 re-entry capsule carrying the moon rocks landed safely in Inner Mongolia, in the north of the country, according to the China Aerospace Science and Technology Corporation (CASC).

China is only the third country in the world to retrieve lunar samples after the efforts by the U.S. in the 1960s and the Soviet Union in the 1970s.

The Chang’e 5 spacecraft was launched via the Long March 5 rocket on Nov. 24. The probe landed on the moon on Dec. 1 and the day after collected the samples. On Dec. 3, the spacecraft was successfully launched from the lunar surface into a predetermined orbit around the moon carrying the samples.

A recovery team is working on recovering the samples and transporting them to Beijing, according to CASC.

“Your remarkable feats will always be remembered by our country and people,” said Xi, according to state-backed publication Xinhua.

The success of China’s moon mission opens up a new front in competition with the U.S., this time in space missions, an area where the world’s second-largest economy has ramped up efforts in recent years.

Xi urged the industry this year to make China a “great space power as soon as possible,” according to state-backed China Daily.

In June, China launched the final satellite to complete Beidou, its rival to the U.S. government-owned Global Positioning System (GPS), which is widely used across the world.

And in July, China also launched an ambitious mission to Mars called Tianwen -1.