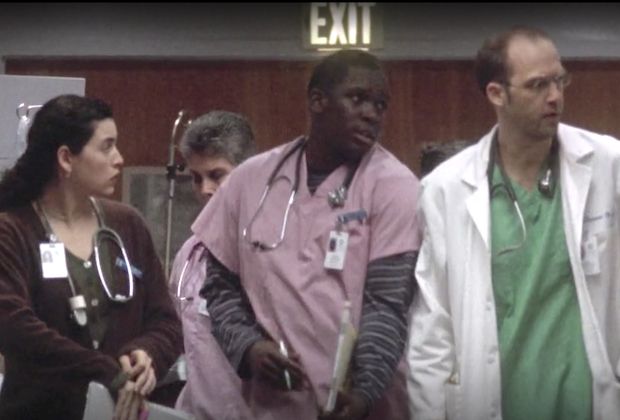 Dearon “Deezer D” Thompson, who played nurse Malik McGrath on the long-running NBC medical drama ER, died on Thursday at the age of 55.

Thompson’s brother Marshawn told TMZ that the actor was found unresponsive in his Los Angeles home. The family believes he died of a heart attack — he previously underwent open-heart surgery in 2009 — but an official cause of death has not been disclosed.

“I lost a dear friend yesterday,” Noah Wyle wrote on Instagram. “Deezer D, known to millions of ER fans as nurse, Malik McGrath, died yesterday morning. He was one of the most creative and charismatic men I’ve ever known and his gospel of positivity pulled us both up from many a dark place. I will miss him terribly. Please say a prayer for him and hold a living thought for his family today.”

In a response to Wyle’s post, fellow original series star Julianna Margulies commented, “My heart is broken… He was simply the sweetest, most fun to be around. I can’t believe it!”

Mekhi Phifer also paid his respects. “What a special spirit we have all lost!” he said. “Since the first day I met him on the set of ER he absolutely made me feel at home and welcomed. My brother will forever be missed! Many condolences to his friends, fans and family.” Added Parminder Nagra, “This is so incredibly sad.”

Thompson recurred throughout all 15 seasons of ER, including the 1994 pilot and the 2009 series finale. All told, he appeared in 190 episodes.

Prior to ER, Thompson had a starring role in the Chris Rock film CB4. Additional credits included Bringing Down the House, The John Larroquette Show, and Romy and Michelle’s High School Reunion. He also worked as a motivational speaker and hip hop performer.

Lyn Alicia Henderson, who recurred on ER as paramedic Pamela Olbes, also paid tribute. “I am so sorry to hear of his passing,” she wrote. “He had a spirit that was bigger than life and we always had the best conversations! I loved his music, his love of God and his love for his family. He will be missed!”

Oh my goodness. I’m so sorry to hear this. I loved working with him.