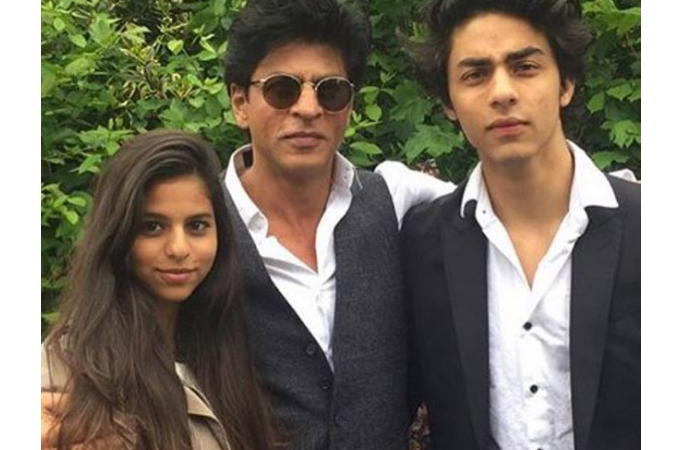 MUMBAI: Superstar Shah Rukh Khan is not just the Badshah of Bollywood but also very caring and protective towards his kids, Aryan Khan, Suhana Khan and AbRam Khan. All his three kids belong to different age groups and how well does SRK fit with each one of them! From joking about how irked he feels when Suhana asks for boyfriend gift suggestions from him to ‘that’ controversial Wankhede fight, there have been occasions more than one that suffices what a protective father Shah Rukh Khan is.

Believe it or not, SRK has laid down boyfriend rules for his daughter Suhana and always looks over Suhana when she accompanies him for IPL matches, we heart SRK for reasons more than one. Here are a few instances of Shah Rukh Khan being the protective father that he is.

Accompanying the little ones for an educational trip, here’s a tweet dating back to 2015 that can be read, “Had a lively & educative trip with my lil ones. A big thanx to Montage Hotel (Pradip) & L.A. Colleges. Now to work!”

Four of the most aww-dorable rules laid down by Shah Rukh Khan for the guy who dates Suhana Khan, as shared by him on Femina are: “Understand I don’t like you”, “I’m everywhere”, “I don’t mind going back to jail”, “Whatever you do to her, I will do to you.”

In an interaction with Karan Johar in Koffee With Karan, the former asked SRK, “Your daughter is 16. Would you kill the person who kissed your daughter?” And SRK was quick to respond, “I would rip his lips off.”

When he proudly launched daughter Suhana Khan as the Vogue cover girl for the magazine’s August 2018 edition and shared his happiness on Instagram with an adorable caption that could be read, “Holding her in my arms again thanks to @vogueindia. ‘What imperfect carriers of love we are…” except when it comes to our children. So sending u all my love & a big hug. Hello Suhana Khan!”

That Wankhede Stadium fight: As shared by the actor himself on a statement, it so happened that both of his children, Aryan and Suhana had gone to witness an IPL match. After KKR won, the kids were dancing below a dressing room and the security guard asked them to go aside. When SRK saw this, he told the guard that the kids were with him. After the actor asked his business manager to take the kids out of the stadium, a man started using foul language which agitated SRK so much that they landed into a huge brawl and hence, gave birth to the Wankhede Stadium controversy.