Indian Idol has always managed to win audiences’ hearts with its amazing performances. But this year, the 12th season has landed into several controversies. The show is being judged by Neha Kakkar, Vishal Dadlani, and Himesh Reshammiya. The show has made their fans unhappy with their fake content promotion to boost TRPs. The makers of Indian Idol 12 have broken audiences’ trust with their lies. Right from promoting fake content for Sayali Kamble’s poverty story to Pawandeep Rajan, Arunita Kanjilal’s fake love angle, the show has played with the audiences’ emotions by narrating fake stories to gain viewership. Here is the list of instances that showcase the makers are strongly supporting Pawandeep over other contestants. Also Read – Sharad Malhotra-Surbhi Chandna, Jasmin Bhasin-Aly Goni, Indian Idol 12 – here are the TV Newsmakers of the week

Fans have accused the makers of showcasing a fake love angle between the two contestants Pawandeep Rajan and Arunita Kanjilal and playing with the emotions of the audience. The contestants have denied the allegations and said they are just good friends. 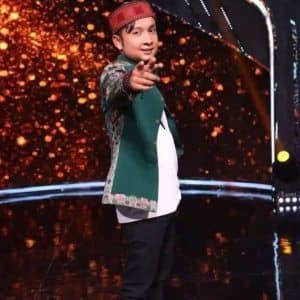 ITA awards is one of the most popular award functions that brings all-celebrities under one roof. Indian Idol 4 contestants Pawandeep Rajan, Ashish Kulkarni, Mohammad Danish, and Shanmukh Priya got a chance to perform at the award function. Pawandeep will sing romantic songs, while Ashish will spread his magic by singing Bang Bang. Mohammad will sing an evergreen song Main Jagan Rahun and Shanmukh will performance on Darling Aankhen Se Aankhen. Why only these 4 contenders got an opportunity to perform in ITA? Fans are unhappy with the makers’ partiality towards Pawandeep and others.

3. Anu calls him the best singer

Singer-composer Anu Malik will be back on Indian Idol 12, but not as a judge but as a guest. Recently, Pawandeep Rajan shared a picture on his social media wherein Anu Malik was seen holding him in his arms. He captioned the post as, ‘Best Moment’. In the show, Pawandeep sang Panchi Nadiya Pawan Ke and Hum Pyaar Karnewale songs. Post his performance, the judges and the guest were overwhelmed with his terrific performance. Anu said that he has never seen such an astonishing performance ever of a boy at such a young age. Anu said, “You are an exceptional singer with immense talent and utmost humility. And one day, I know you will surely be the best playback singer one day”. Later, Anu Malik lifeted Pawandeep into his arms and he received a standing ovation from the judges. 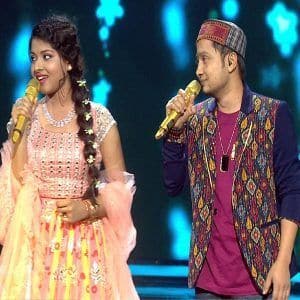 Well, the news of Pawandeep Rajan and Arunita Kanjilal’s affair has grabbed everyone’s attention. Amid rumours about their budding love affair, these two contestants will be seen performing together in the upcoming episode. Fans are unhappy that the makers are trying to show a love angle to boost their TRPs. In an exclusive interview with BollywoodLife, Pawandeep said that they are just friends like other contestants on the show. He also spoke about the close bond the contestants of this season share.