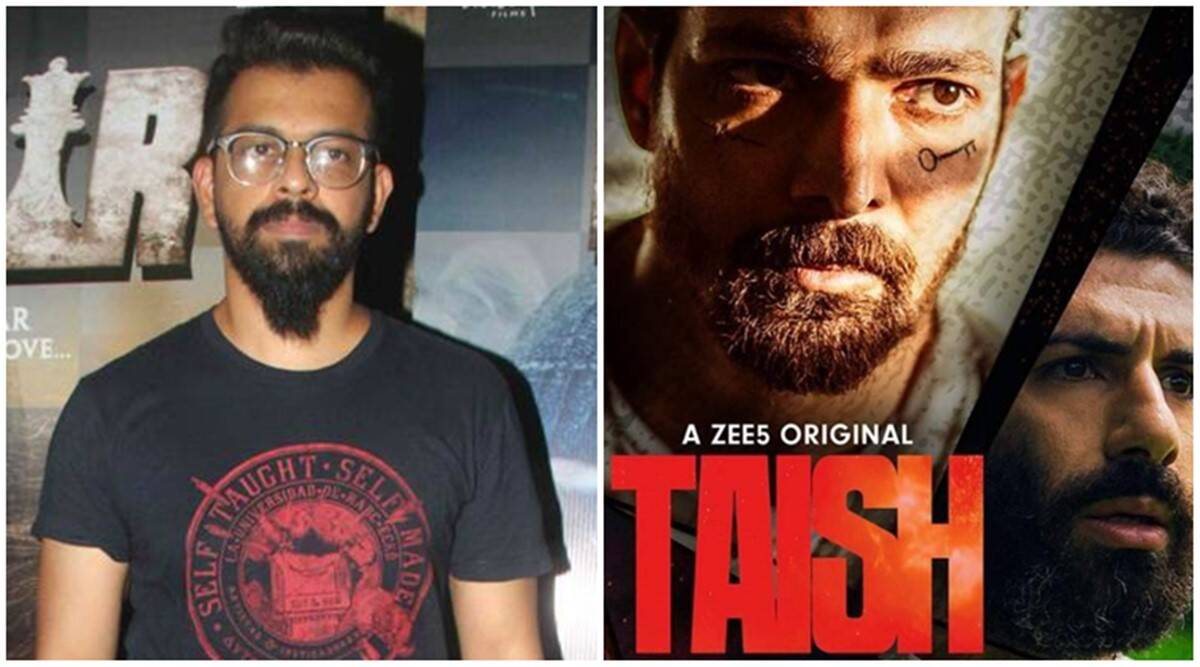 Actors and producers were wary of associating with Bejoy Nambiar’s upcoming thriller Taish because it was an ensemble film, but the director says he was stubborn about telling the story with multiple characters.

Taish, written and directed by Bejoy Nambiar, stars Pulkit Samrat, Kriti Kharbanda, Jim Sarbh, Sanjeeda Shaikh and Harshvardhan Rane in the lead roles. The film’s trailer went live late Thursday evening. At the virtual trailer launch, when asked about the biggest challenge of making Taish, which comes three years after the Dulquer Salman-led Solo, Bejoy said it was a task to convince artistes to join the film.

“We don’t do enough ensembles. The ensembles that we do are mostly in the comedy genre but not in spaces like drama, thriller. So, I am very grateful to all these people who came on board this film and supported it because they felt connected with it. It was challenging for me to get people on board.

“And I am talking not just about cast, it’s also the producers because most of the times when you go to pitch, they ask, ‘Who is the hero?’ I want to say that hero is secondary, please first listen to the story. I know a lot of people didn’t want to touch it because it was an ensemble. That’s why I am grateful to the people who could see what it could be,” the filmmaker said.

Bejoy Nambiar said while he understood that some actors wouldn’t be comfortable being part of multi-starrers, such rejections end up pigeonholing a storyteller’s vision.

“In this industry, it’s very difficult to do an ensemble film for various reasons. I understand that point of view also that why certain actors don’t want to be a part of ensembles. But I also feel as storytellers, we need to explore stories which require more actors to come together.”

At this point, Pulkit Samrat added that an actor should not mind ensemble films if they are convinced about the director’s capabilities. The actor said not many directors can efficiently handle ensembles, but he has been lucky to work with three such filmmakers.

“Zoya Akhtar’s one of them, there’s Mrigdeep Singh Lamba, and third is Bejoy. I have worked with all three of them, and it’s been a fabulous experience. I never have any complaints with ensembles. And I think nobody should if you know the director is at par and knows his or her job,” Samrat said.

When asked how he viewed the insecurities that push actors to refrain from doing multi-starrers, Pulkit Samrat said that such uncertainties arise in artistes only when they assess the script with a narrow, selfish perspective.

Bejoy Nambiar then recalled an actor rejected Taish citing his role was merely “of 15 pages”. He said, “After giving him the script and leaving the place, I was driving and in half an hour, he called me and said, ‘I have just some 15 pages.’ I asked if he had read the whole script so fast, and he replied. ‘No, I just read my character and that’s only in those 15 pages. So, he didn’t read the story but only his scenes.”

Taish will be streaming on ZEE5 both as a film and a six-part series from October 29, making the project one of its kind to have two versions released simultaneously. Bejoy shared Taish was always supposed to be a film, but it was during one of its test screenings, his mind first opened up to the possibility of converting the film into a limited series.

“I don’t do test screenings. But Farhan (Akhtar) told me I should do and listen to the feedback and take up whatever I find is good for the film. So, when I showed Taish to the audience, we were in the editing process. The film was some three hours long. The feedback that we got was that the world of Taish was such that people would find it more palatable if it was episodic. Initially, I dismissed it, but later my editor and I thought of attempting it. We had the time thanks to the lockdown so the test audience reaction made us revisit our material, and we re-edited it,” concluded the director.

CDC director defends telling fully vaccinated they can go without masks amid confusion in...