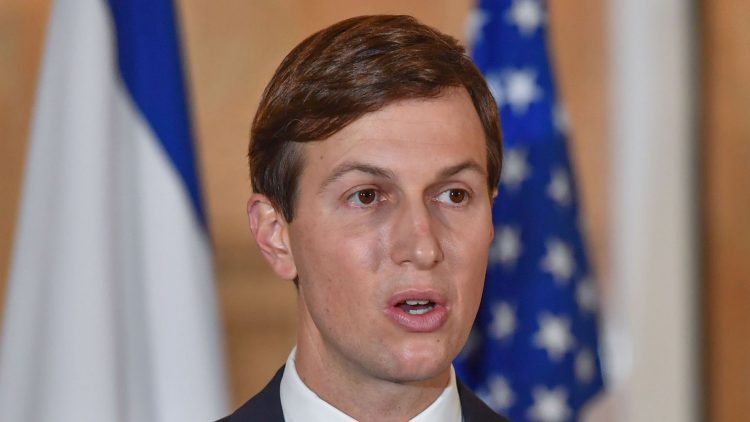 WASHINGTON — President Trump’s son-in-law and top adviser, Jared Kushner, has played a key role in managing the avalanche of clemency requests that have come into the White House as the administration nears its end next month, according to multiple sources.

With the holiday approaching, Trump has issued 65 pardons and commutations since Tuesday, including many that erased convictions and sentences for his allies, and more are expected in the coming days.

“Everyone’s sending emails to Jared,” a source familiar with the process said. “If you want to make something happen, go to Jared.”

The source, who requested anonymity due to the sensitivity of the ongoing process, spoke with Yahoo News on Monday, before Trump issued the spate of pardons and commutations. They predicted the coming onslaught of pardons.

“It’s going to be a free-for-all,” the source said.

They went on to claim that Kushner was “keeping score” and tracking the people asking for clemency. “He’ll let you know where you stand,” the source said. “The ones who are going to get pardoned and get to the top of the list are the ones who have representatives, staff or counsel that were loyal to the president.”

The White House did not respond to requests for comment. A second source familiar with the pardons said they “believe technically that pardons and clemency were under Jared Kushner in the White House.”

One pardon recipient was Kushner’s own father, Charles, a real estate developer who was convicted in 2005 on charges related to illegal campaign contributions, tax evasion and witness tampering that stemmed from an extortion plot in which he hired a woman to seduce and blackmail his brother-in-law. Pardons also went to former members of Trump’s presidential campaign who were ensnared in the investigations into his presidential bid, including Paul Manafort, Trump’s erstwhile campaign chairman, and longtime adviser Roger Stone.

Other pardons were granted to people whose applications were supported by the president’s allies. According to the White House statement, some of the pardon recipients had their cases backed by pro-Trump members of Congress. A former Border Patrol agent who was convicted of violating the civil rights of an immigrant who attempted to cross into the U.S. from Mexico had his request supported by the pro-Trump cable news personalities Laura Ingraham and Lou Dobbs.

A White House source who requested anonymity to discuss internal matters denied that Kushner played any role in tracking pardons or guiding the overall process.

White House counsel Pat Cipollone did not respond to requests for comment.

Kushner has also played a leading role in the White House’s criminal-justice reform efforts, which included passage of legislation and prior pardons of individuals whose cases were highlighted by advocates. Kushner spent part of this week in Israel and Morocco. The White House source said Kushner’s role in the pardons was limited to being aware of those cases and backing his father’s efforts. They also noted that Kushner has received requests from people pursuing pardons and their advocates.

“He obviously led the criminal-justice reform efforts and was supportive of his dad’s case,” the White House source said. “He’s also gotten emails and requests from people, but in no way is he running or tracking this process.”

The Constitution grants the president unique “power to grant reprieves and pardons for offenses against the United States.” Every president has issued pardons. Over the years, there have been multiple controversies involving political allies who received them, particularly at the end of an outgoing president’s term. According to Harvard law professor Jack Goldsmith, only five of the 65 pardons Trump issued on Tuesday and Wednesday were recommended by the Justice Department’s pardon attorney.

Several people who received pardons and commutations in the recent pre-holiday batch were supported by criminal-justice reform advocates. One of them was Weldon Angelos, a former music producer who was sentenced to 55 years in 2002 for being in possession of marijuana and a handgun. Angelos’s sentence was the result of mandatory minimums and was criticized as especially harsh, including by the judge in his case.

After being released from prison in 2016, Angelos became a criminal-justice reform advocate. The White House said his pardon was backed by a group that included two top Trump allies in Congress, Sens. Mike Lee and Rand Paul, as well as Alice Johnson, a former felon who became a criminal-justice reform advocate after Trump commuted her sentence in 2018.

Johnson was freed after reality television star Kim Kardashian met with Trump to plead for her release. Kushner and his wife, the president’s daughter Ivanka, helped arrange that meeting.

Angelos described the pardon as life-changing and said it would help him with basic tasks including getting a job and renting an apartment. He also said Kushner played a key role.

“Jared Kushner’s office has been handling this,” Angelos said, adding, “Most of my communication was with Jared’s staff.”

Angelos said there will be additional pardons coming from Trump, including for many individuals whose cases have been championed by criminal-justice reform advocates.

“I know there’s more coming as well,” he said. “There will be a lot of deserving people getting relief.”

Yahoo News reached out to more than a dozen other recipients of pardons, or sponsors of individuals who sought clemency, to ask about the process. Most could not be reached or did not respond.

Roger Stone, Trump’s longtime adviser, responded with an email declining to comment and blasting media coverage of his case.

“While I am virtually bankrupt my Legal Defense Fund has a substantial budget for bringing lawsuits against reporters and editors who defame,” he said.

Duncan Hunter, a former Republican congressman from California convicted of using campaign contributions for personal expenses, declined to discuss his case. He received a full pardon from Trump.

“I’m not doing any interviews. Merry Christmas,” Hunter said before hanging up.