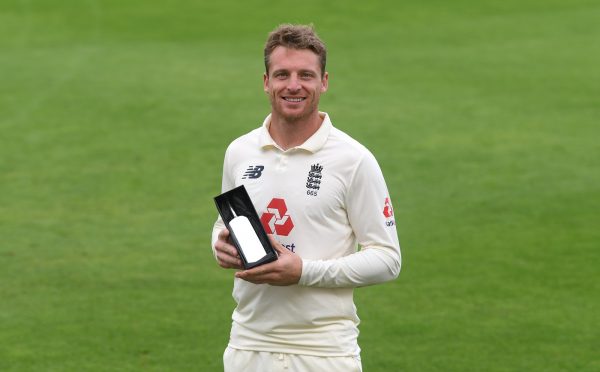 England Cricket Team will be high on confidence ahead of the four-match Test series against India as they land with a thumping win over Sri Lanka under their belt. With a couple of days to go for high-profile series, Jos Buttler had named England’s x-factor in these conditions.

Joe Root & Co trumped Sri Lanka 2-0 before landing in India and will look to continue their winning run as they look to improve their position in the ICC World Test Championship. And as they start preparing, Jos Buttle has name Jofra Archer and Ben Stokes as the x-factor for England in the upcoming Test series.

Meanwhile, Archer and Stokes were released from the mandatory 6-day quarantine period. Since they were not part of the England contingent which toured Sri Lanka before arriving in India, Stokes and Archer, along with Rory Burns landed in India a couple of days earlier than the rest of their English teammates, who all are currently still in isolation.

Along with Ben Stokes and Jofra Archer, Jos Buttler also pinned hopes of legendary pace duo of Stuart Broad and James Anderson to wrack havoc in the Indian batting line-up.

“Jofra is certainly an X-factor player. Fantastic to have Jofra back in the side. He will be excited for a big series in India. We have a few guys who can do amazing things with the ball – Anderson and Broad are two of the best seam bowlers to ever play the game and Ben Stokes is a pretty good X-factor player as well,” Jos Buttler during a virtual press conference.

Meanwhile, England and Wales Cricket Board (ECB) received a lot of flak for not naming Jonny Bairstow in the squad for the first two Test as a part of their rotation policy. Along with Bairstow, Sam Curran and Mark Wood have also been rested.

Incidentally, in the last series against Sri Lanka, Ben Stokes, Jofra Archer, and Rory Burns were rested. Jos Buttler, who is also reported to leave after the first Test match, says that the players are being rotated because of a busy calendar year ahead.

“ECB has been forward-thinking to rotate the players in and out of this series, at times there is frustration because you want to see the best players on show all the time, but it is just not possible looking at the time spent in the bubble. Looking at the short-term goals is important, there is no certainty if you look too far ahead,” the wicket-keeper added.