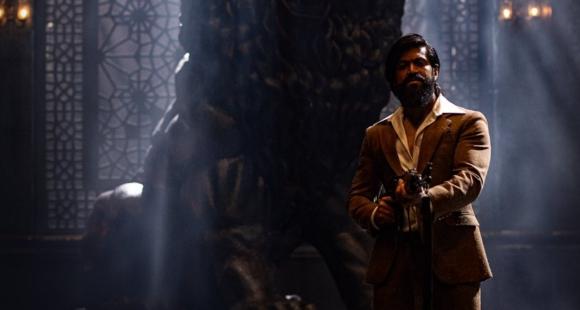 The makers of the upcoming magnum opus KGF: Chapter 2 starring Yash and Sanjay Dutt in the lead roles have announced that the film will be released on July 16. In the first installment of the mob drama, Yash was seen as a dreaded criminal Rocky. It has been revealed that Bollywood star Sanjay Dutt will be seen playing the role of the main antagonist named Adheera. Sharing the news of the release date, the makers also shared an unseen poster of the Roky Bhai.

Sharing it, they wrote, “#KGFChapter2 Worldwide Theatrical Release On July 16th, 2021. #KGFChapter2onJuly16”. KGF 2 also stars Srinidhi Shetty as the leading lady, while Raveena Tandon and Prakash Raj will be seen playing crucial roles. Directed by Prashanth Neel, the makers had released the film’s teaser head of Yash’s birthday. While they actually planned to release it on his birthday, the teaser got leaked, due to which the makers released it the previous night.

Also Raed: Mammootty’s Priest gets a U/A from CBFC; New poster of the megastar unveiled

KGF’s first part was a huge hit across the country and it goes without saying that fans are eagerly waiting to watch the sequel on the big screen. The music has been composed by Ravi Basrur and the cinematographer is done by Bhuvan Gowda. The final portions of the film’s shooting were resumed by the makers in August after the central government granted relaxations in the lockdown norms. The announcement of the release date has come as a huge treat to the fans of the franchise.