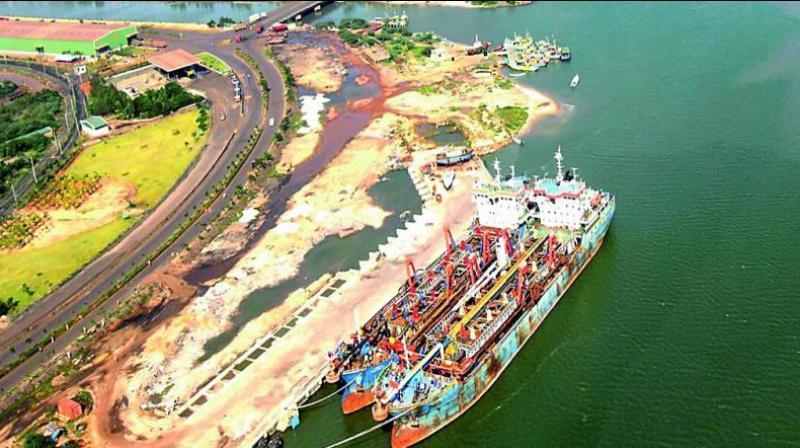 Nellore: The Krishnapatnam region in SPSR Nellore district is poised for a big leap in industrial development. The Centre on Wednesday gave its green signal to develop Krishnapatnam Industrial Area at an estimated cost of `2,139.44 crore.

The government approval came a few months after the Adani group took over the Krishnapatnam Port, located 30 km from Nellore City.

The Cabinet Committee on Economic Affairs chaired by Prime Minister Narendra Modi approved proposals to this effect from the Department for Promotion of Industry & Internal Trade (DPIIT). The project would involve construction of various trunk infrastructure components for the industrial area.

For the Krishnapatnam node, the estimated employment projection on completion of the first phase is around 98,000 of which about 58,000 persons are likely to be employed at the site itself.

These projects have been planned as the backbone for the multi modal connectivity infrastructure.

The objective of the Industrial Corridor Programme is the creation of greenfield industrial cities with sustainable, ‘plug-n- play’, ICT-enabled utilities to facilitate the manufacturing-linked investments into the country by way of providing quality, reliable, sustainable and resilient infrastructure to industries, officials explained.

These greenfield industrial cities will be self-sustained with world-class infrastructure, road and rail connectivity for freight movement to and from ports and logistic hubs along with reliable power and quality social infrastructure. The developed land parcels in these cities will be ready for immediate allotment for attracting investments into manufacturing and positioning India as a strong player in the Global Value Chain.