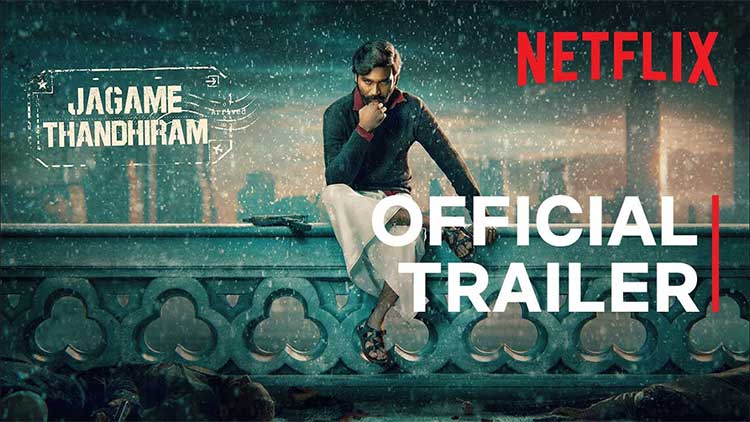 The trailer for the much-awaited drama, Jagame Thandhiram starring Dhanush in the lead role is finally out and it’s the coolest thing trailer ever! The Karthik Subbaraj directorial also stars Aishwarya Lekshmi in the lead and features actor James Cosmo as the antagonist.

The trailer opens with Hollywood actor James Cosmo, who is making his debut in the Indian film industry with Jagame Thandhiram. He is seen as a London-based mafia boss, who challenges Suruli (Dhanush). The trailer hints that the plot is likely to focus on immigration issues.

From violence and vengeance to innocence and fun, Suruli seems to be a character who has many shades. Meanwhile, Aishwarya Lekshmi is seen as a singer, who performs at a hotel/ bar.
The film also stars Sanchana Natrajan, Joju George, Kalaiyarasan and Vadivukkarasi. The film is scheduled for a June 18 release on Netflix.