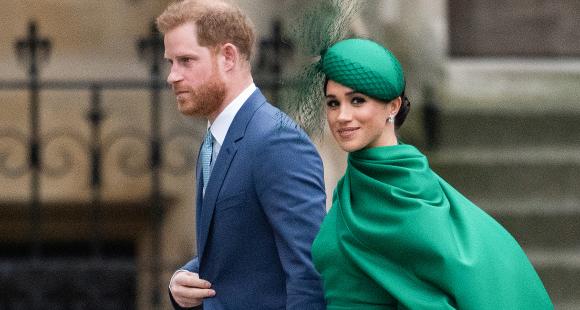 According to an insider, Meghan Markle and Prince Harry are gearing up for home birth in LA for their second baby, who will be a girl. Scroll down to see what we know so far.

Meghan Markle to give birth to 2nd baby in LA home? Her & Prince Harry trying to revisit Archie’s birth plan?

A month after Meghan Markle announced that she will be welcoming her second baby with Prince Harry this summer, we finally have some details about the birth of the royals’ second baby! A source recently spoke to Page Six and revealed a big detail about Markle and Prince Harry‘s birth plan. Originally, the first time the Duchess was pregnant back in May of 2019, she and Prince Harry intended to give birth at their home at Frogmore Cottage in London, England. However, that plan didn’t work out.

“Meghan’s plan was to have a home birth with Archie, but you know what they say about the best-laid plans,” a source told Page Six. “In the end, her doctors advised her to go to hospital and all she was interested in was about delivering Archie safely.” Now, it’s looking like the couple will try to have a home birth this time around for their baby girl. The source added, “But she has a beautiful home in California, it’s a beautiful setting to give birth to her baby girl.”

If you missed it, the couple announced earlier this month that they are having a baby girl through an interview with Oprah Winfrey. In the same interview, the couple also made several shocking revelations about the Royal family, with details of why they decided to step down as senior royals. From Meghan”s mental health struggles with ‘The Firm’ offering next to no support to Prince Harry revealing that he was financially cut off by his family in the first half/quarter of 2020, the couple bared their heart and soul to Oprah.