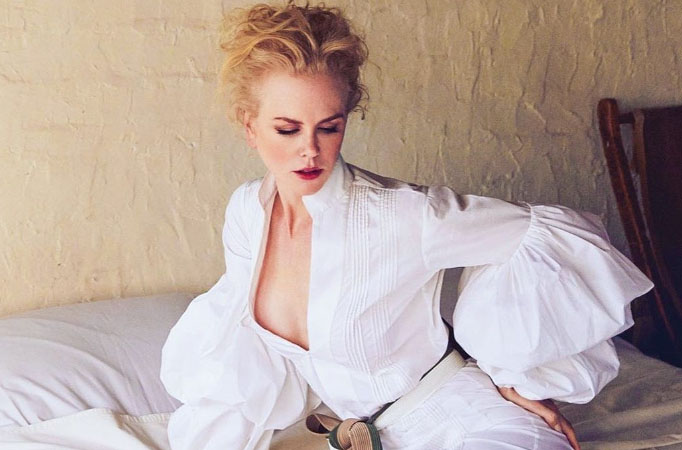 MUMBAI: After over three decades in films, actress Nicole Kidman feels she still has a lot to do and hopes her best is yet to come.

Now, she is looking forward to taking up some unexpected projects.

“I’m willing to go and work on something that’s got a really, really low budget and doesn’t have the money to pay you and just get in there and do it. It’s why I do things like ‘Destroyer’,” she said.

The actress continued: “When I went to Belfast (for ‘The Northman’), I was pretty scared. People were saying, ‘Oh my God, if you go, you’re going to get COVID’. So I was really frightened, but at the same time, I had this sense of duty and I had this sense of ‘this is what I do’. I’m a creative being who shows up and I put on as much protection as I could and so I did the production and we were all safe and I went, ‘OK, let’s go’.”

Kidman will soon star as Lucille Ball opposite Javier Bardem in “Being the Ricardos”. Aaron Sorkin’s drama is about one week during the making of an episode of “I Love Lucy”.

“I was like, ‘Yeah, I would love to give it a go’. With Aaron’s words and his direction and Javier… that’s kind of a wonderful prospect too, you know. But yikes, off we go. Give it a go. Try my best — see if I can do it,” Kidman said.

“I love Lucille, having looked now and delved into her,” Kidman says. “She’s an amazing woman. I’m very excited for people to see what Aaron found out about her and the way he’s interpreted Desi and Lucy and the way that it’s so rich. I didn’t know any of this,” she added.