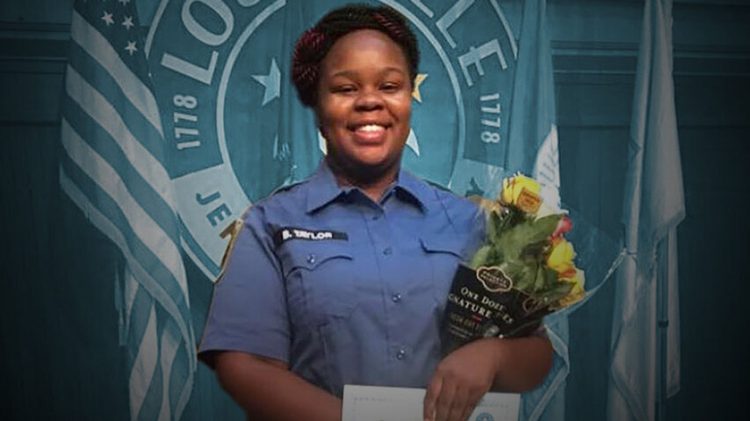 LOUISVILLE, Ky. (AP) — Louisville police have taken steps that could result in the firing of an officer who sought the no-knock search warrant that led detectives to the apartment where Breonna Taylor was fatally shot.

Detective Joshua Jaynes has received a pretermination letter, media outlets reported Tuesday. It came after a Professional Standards Unit investigation found he had violated department procedures for preparation of a search warrant and truthfulness, his attorney said.

The fatal shooting of the 26-year-old Black woman in her home sparked months of protests in Louisville alongside national protests over racial injustice and police misconduct.

Jaynes has a hearing with interim Chief Yvette Gentry and her staff on Thursday.

“Detective Jaynes and I will show up for the pretermination hearing to try to convince acting Chief Gentry that this action is unwarranted,” attorney Thomas Clay told the Courier Journal. “Jaynes did nothing wrong.”

Jaynes was not present during the shooting at Taylor’s apartment in Louisville. About 12 hours earlier, he secured a warrant with a “no-knock” clause from a judge.

The officers were serving a narcotics warrant on March 13 when they shot Taylor, but no drugs or cash were found in her home. Taylor was an emergency medical worker who had settled in for the night when police busted through her door.

Former officer Brett Hankison was charged by a grand jury with wanton endangerment, a low-level felony, for firing into an adjacent apartment where people were present. The two officers who shot Taylor, according to ballistics evidence, were not charged by the grand jury. One of those officers was shot by Taylor’s boyfriend during the raid and returned fire. Taylor’s boyfriend said he thought an intruder was breaking into her apartment.