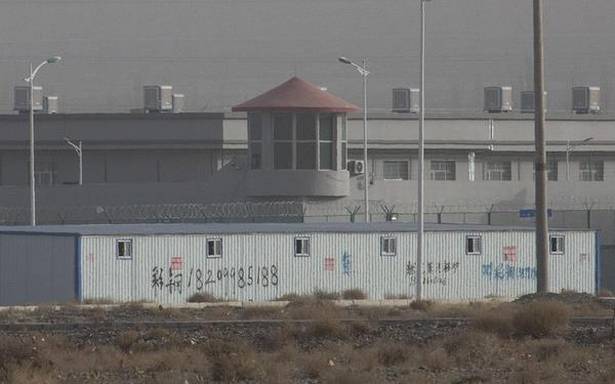 Hundreds of thousands of ethnic minority labourers in China’s northwestern Xinjiang region are being forced into picking cotton by hand through a coercive state labour scheme, a report has said.

Rights activists have said the northwestern Xinjiang region is home to a vast network of extrajudicial internment camps that have imprisoned at least one million people, which China has defended as vocational training centres to counter extremism.

A report by Washington-based think tank the Center for Global Policy published on Monday — which referenced online government documents — said that in 2018 three majority-Uighur regions within Xinjiang sent at least 5,70,000 people to pick cotton as part of a state-run coercive labour transfer scheme.

Xinjiang is a global hub for the crop, producing over 20% of the world’s cotton, with the report warning of the “potentially drastic consequences” for global supply chains. Around a fifth of the yarn used in American garment companies comes from Xinjiang.

Beijing said that all detainees have “graduated” from the centres, but reports have suggested that many former inmates have been transferred to low-skilled manufacturing factory jobs, often linked to the camps.

“It is clear that labour transfers for cotton-picking involve a very high risk of forced labour,” Adrian Zenz, who uncovered the documents, wrote in the report.