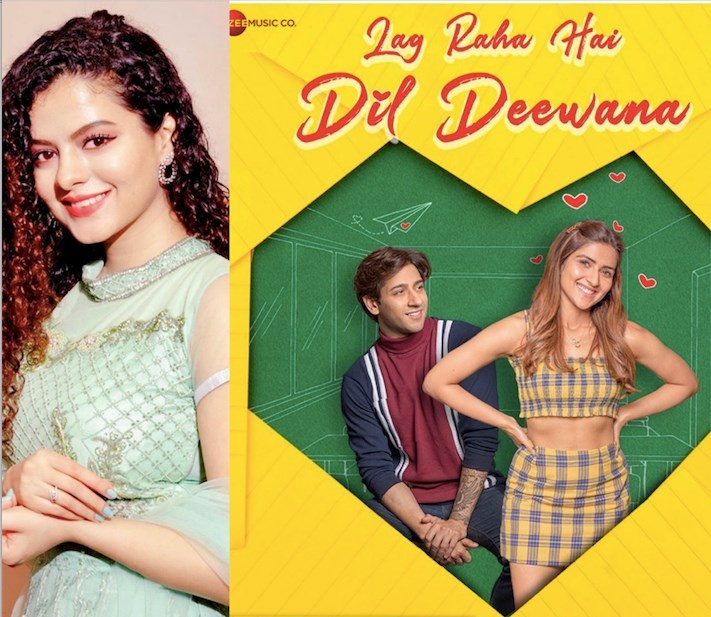 Palak Muchchal has given beautiful songs to the audience and her melodious voice soothes your ears. Known for her songs like ‘Meri Aashiqui’ and ‘Prem Ratan Dhan Payo’ , the singer is now coming up with her new music video featuring Pranutan Bahl and Shivam Bhaargava . The song is titled as ‘Lag Raha hai Dil Deewana’ and will be out on 23 June.

Sharing the poster of the song with her fans, she wrote, “Another treat for my Palakians.. Releasing this wednesday.”

The song ‘Lag Raha Hai Dil Deewana’ is sung by Palak and composed by Jeet Gannguli. The lyrics have been penned by Manoj Yadav. The song will release on 23 June, Wednesday.

Pranutan Bahl who made her bollywood debut with the film ‘Notebook’ will be seen alongside actor Shivam Bhaargava in the song who is known for his film Ghost. Prior to this song, the duo were recently seen in another music video titled ‘Kaise hum Bataye’.

This is Palak’s second music video in the month. Her first one was  ‘Pind Khali Lagda’ starring Amyra Dastur and Priyank Sharma which was released earlier this month.