Photos Inside: Malaika Arora ups the glam quotient in her latest pool pictures; take a look 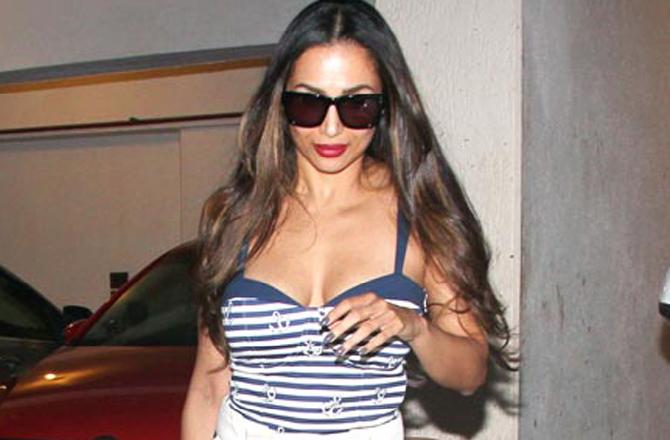 Malaika Arora’s Goa holiday looks like a whole lot of fun! The Chaiyya Chaiyya girl is currently basking under the Goan sun, taking in the Christmas and New Year revelry. Malaika recently shared a few pictures from her time by the pool, and the actress sure seems to know how to make the most of the laid-back vibes!

Sharing the snapshots, Malaika tagged sister Amrita Arora and her husband Shakeel Ladak in the photos, too. Take a look:

How stunning does Malaika Arora look in the photos? The first picture features her in a green animal print swimsuit and oversized sunnies. Malla sure oozes oomph in the photo, doesn’t she? When it comes to fashion and fitness, no one does it better than Malaika Arora! The 47-year-old actress has remained in the pink of health thanks to her daily yoga and workout routine.

Several of her celebrity friends like Bhavana Pandey and Maheep Kapoor commented on her pictures with fire and heart emojis.

Also read: Malaika Arora On Quarantining With Arjun Kapoor: There’s Never A Dull Moment With Him

Speaking about the film, Kapoor shared in a media interaction, “It’s actually refreshing to be outdoors and shooting for a film. It was really tough for our industry when the pandemic started and lockdown followed thereafter. I’m really happy that the industry has found its feet again and has started shooting with utmost care. It has taken a lot of preparations and stringent safety measures had to be applied for things to resume.”

Both Malaika and Arjun recently recovered from COVID-19. The two had opted for home isolation and soon emerged victorious from the illness.