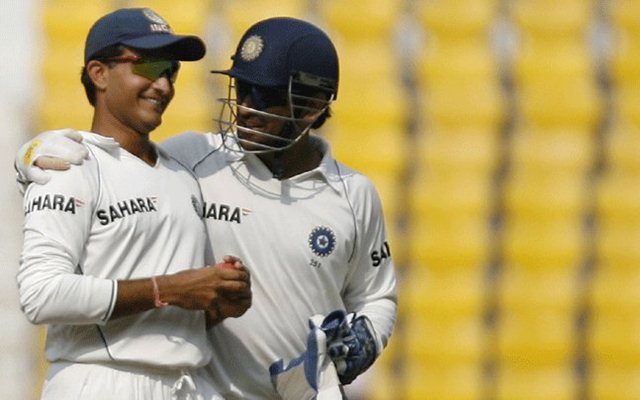 Former Indian spinner Pragyan Ojha hailed BCCI President Sourav Ganguly for India’s 2011 World Cup win. April 2 marked the 10th anniversary of India’s famous World Cup win which came 28 years after they won their first in 1983. It was an emotional moment for former Indian cricketers and fans alike as they became nostalgic remembering the moment. What made the moment more nostalgic was that it came under MS Dhoni, arguably India’s most successful captain.

Some of the members from the 2011 batch, such as Sachin Tendulkar, Yuvraj Singh, Virender Sehwag, Ashish Nehra, Zaheer Khan, Harbhajan Singh, etc., were also part of the 2003 edition, where India returned as runners-up after losing to Australia in the final in Johannesburg.

Also Read: I Know Many Indian Players Who Want To Play In The Hundred: Eoin Morgan

Sourav Ganguly, who led the side in the 2003 World Cup, also played a vital role in India’s 2011 triumph as it was under him that the likes of Sehwag, Zaheer, Bhajji, Nehra, Yuvraj and Dhoni were groomed and prepared for the future.

Since the 2011 World Cup, India reached the semifinals of the next two editions losing both times in the semifinals. The fan are expecting India to win the next edition of the 50-over World Cup to be played in India in 2023.