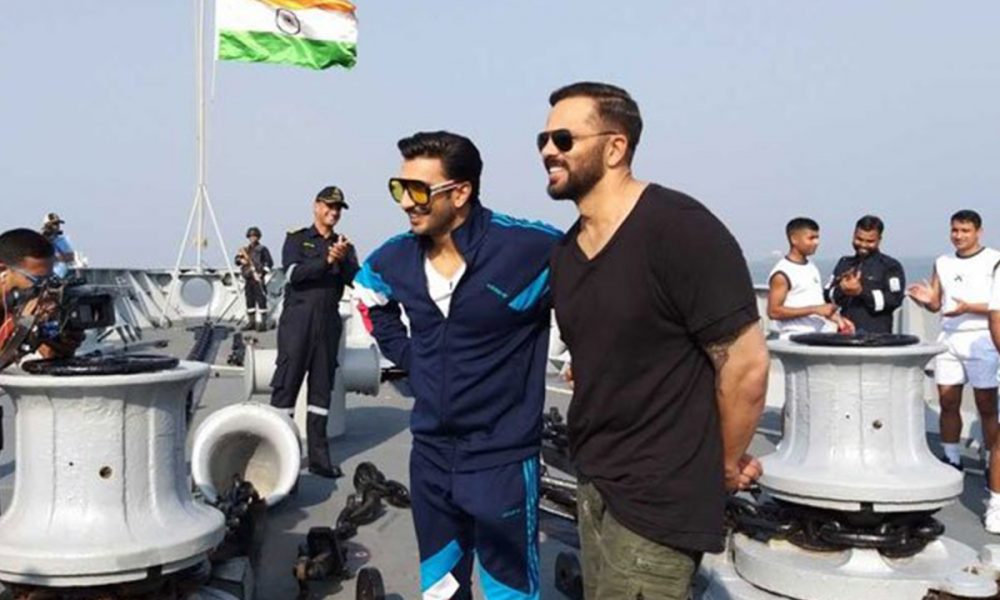 Superstar Ranveer Singh is currently busy shooting a new film ‘Cirkus’ which is being directed by Rohit Shetty. The ‘Ram Leela’ actor took to his Instagram to share a hilarious behind the scenes footage with the filmmaker. In the clip he introduces Rohit as the ‘most serious car stunt director of the country’.

Laughter ensues when the Golmaal director is seen driving a mini version of a car and is taken aback when he realises Ranveer has actually been recording him. He uploaded the clip on his Instagram account with the caption, “Takes his job very seriously @itsrohitshetty 🚙🤣🤣🤣”

Upcoming movie Cirkus is going to have Ranveer Singh, Jacqueline Fernandes, Varun Sharma and Pooja Hegde in key roles. Other celebrated comedians like Johnny Lever, Sanjay Mishra, Vrajesh Hirjeem, Vijay Patkar will also be seen in the film. As per the reports, the film has been inspired by the 1982 film Angoor, which was also based on Shakespeare’s play called ‘Comedy of Errors’.