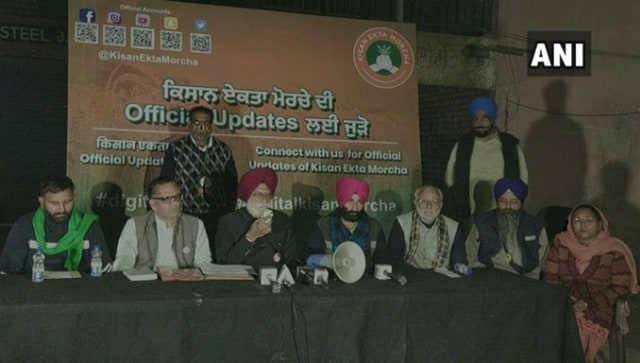 New Delhi: A delegation of the Samyukta Kisan Morcha on Tuesday met Delhi Chief Minister Arvind Kejriwal and urged him for a judicial enquiry into the alleged “conspiracy” against farmers protesting Centre’s farm laws.

The Morcha leaders in a press conference said that the Delhi government informed them that 115 farmers arrested by police were in Tihar jail and they demanded formation of a medical board to examine them.

The leaders said that the Samyukt Kisan Morcha (SKM) formed a legal team on Monday and started working on Tuesday to assist those who are missing or lodged in jail.

On Tuesday, the legal team met Kejriwal and other leaders and demanded a judicial probe into the matter. The legal team has given a representation so that everything comes out before the people, the leaders said.

Farmer leader Rajinder Singh Deep Singh Wala said, “Today, we met Kejriwal and other leaders. He provided us record that 115 people are lodged in Tihar Jail. We demanded that the people lodged in jail should not face any difficulty.”

Thousands of protesting farmers, who reached ITO from the Ghazipur border, clashed with the police on Republic Day. Many of them, driving tractors, reached the Red Fort and entered the monument. They hoisted flags on the domes and placed a flagstaff at the ramparts of the national monument, where the national flag is unfurled by the prime minister on Independence Day.