Section 230 has become a bargaining chip in ongoing stimulus talks 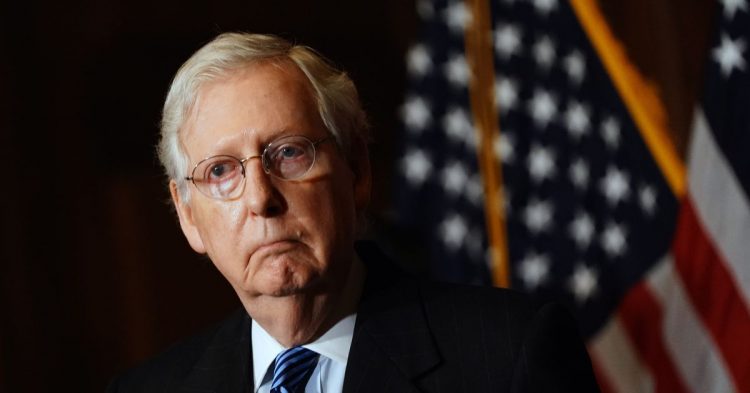 A series of unexpected negotiating maneuvers have put Section 230 — a critical liability shield for online platforms — back in play in ongoing congressional stimulus talks. In a floor statement made Tuesday, Senate majority leader Mitch McConnell (R-KY) linked a handful of unrelated policy measures to the future of the increased stimulus checks; amongst them, Section 230 of the Communications Decency Act, a law that shields tech companies like Facebook and Google from legal liability over the content users post on their platforms.

McConnell’s statement comes amid increasingly chaotic negotiating over the level of direct payments to be included as part of stimulus efforts. On Sunday, President Trump signed into law Congress’ $900 billion COVID-19 relief and government spending package that would provide $600 in stimulus payments to most Americans. In a public statement after signing the bill, Trump urged congressional leaders to hold a standalone vote on increasing direct payments to $2,000.

By Tuesday morning, many Republicans who previously opposed the increased stimulus checks flipped to support of them alongside Democrats. In particular, both Georgia Senate runoff incumbents, Sens. David Perdue and Kelly Loeffler (R-GA), announced Tuesday that they would vote to approve the additional payments after days of sidestepping the question, creating a difficult position for McConnell.

Sen. Josh Hawley (R-MO) said in a tweet Tuesday that the Senate has “got the votes” to approve the increased payments. But later that day, McConnell blocked a House bill that would provide $2,000 in stimulus payments to most Americans, citing the need to tackle higher payments alongside other issues raised by President Trump.

“During this process, the president highlighted three additional issues of national significance he would like to see Congress tackle together,” McConnell said Tuesday afternoon. “This week, the Senate will begin a process to bring these three priorities into focus.” McConnell did not immediately explain how the Senate planned to address Section 230 or election fraud, but tying the increased stimulus payments to the pivotal internet law could undermine democratic support for the legislation.

Some lawmakers fear the majority leader is now using Section 230 as a poison pill to doom the broader package — particularly if it is included alongside restrictions changes to voting rights.

“That is an invitation for this entire effort to fall apart,” Sen. Chris Murphy (D-CT) said on the Senate floor Tuesday.

In recent months, Trump has often used Section 230 as a negotiating tool to push forward other policy priorities or tie up unwanted legislation. Last week, Trump vetoed the $740 billion National Defense Authorization Act (or NDAA), after complaints that the defense bill did not include a provision that would repeal Section 230. Sen. Bernie Sanders (I-VT) threatened Tuesday to block a Senate vote to override Trump’s NDAA veto if McConnell did not agree to open a standalone vote on $2,000 checks.

“Big Tech must not get protections of Section 230!” Trump said in a statement Sunday. “Voter fraud must be fixed!”