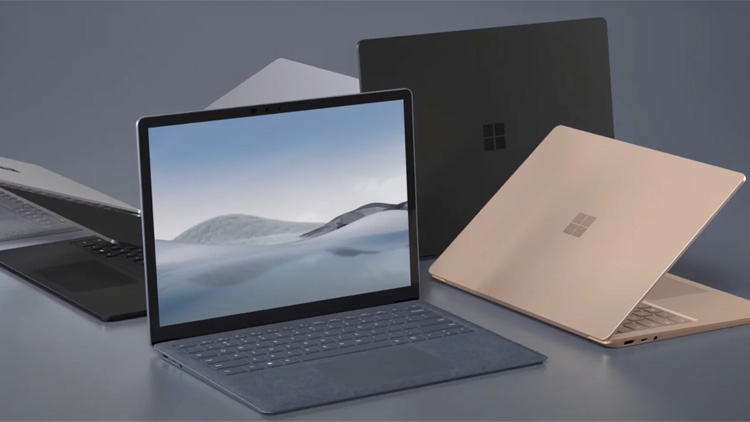 Microsoft will soon release a gaming variant of its ultra-sleek Surface Laptops featuring Intel and Nvidia components under the hood. As per leak lists various spec variants, including models that are equipped with either an RTX 3050 Ti or RTX 3070 Ti, accompanied by Intel Core i5 and i7 Alder Lake CPU options.

Microsoft’s premium Surface Laptop lineup, which offers a 2-in-1 (Tablet+Laptop) mobile experience, has sparked a reformation in the laptop ecosystem. While being thin and light, these laptops do cost more than your average laptop.

However, we now have information revealing the first ever ‘Gaming Laptop’ from the Surface series. The report comes from The Prime Gaming, which has released the alleged specs of Microsoft’s upcoming purported Gaming laptop.

The screen on the Surface gaming Laptop might have a 16-inch Pixelsense Flow display. It indicates that the touch screen is yet again included along with a refresh rate up to 165Hz. The screen resolution is 2560×1440 (1440p) coupled with Dolby Vision support for crisp and clear visual experience.

The ‘Surface Gaming Laptop’ is not just a single device, rather it is a lineup. Shipping with i5 and i7 Alder Lake CPUs, expect top-of-the-line performance. The i5 variants are treated with NVIDIA’s RTX 3050 Ti GPU (4GB), whereas the higher-end i7 doubles down on the gaming experience being paired with the RTX 3070 Ti (8GB).

Although there is no information about the memory configuration, the Surface gaming laptop will feature up to 2TB SSD for storage.

There are no official reports (or leaked rumors) concerning the price point or availability of the gaming laptop yet. However, rumors suggest that Microsoft might release the new Surface Gaming Laptop at their Autumn Hardware Event.  Are you excited about the launch? Comment below.