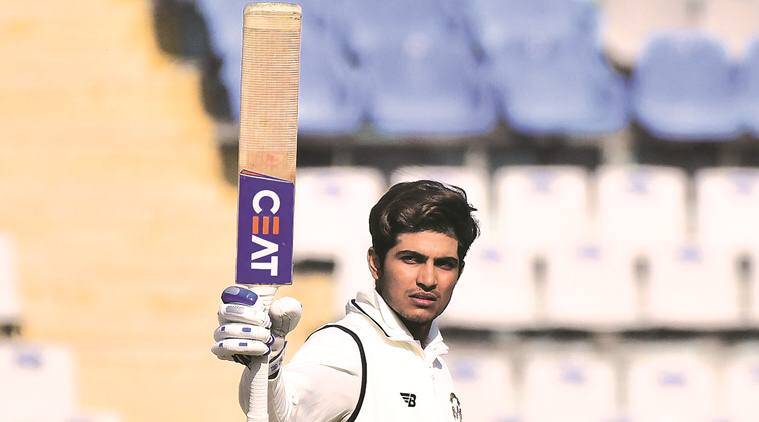 Shubman Gill got out without scoring in the first over of India’s first innings in the final session on Day 1 of the fourth and final Test against England in Ahmedabad.

Former India captain Sunil Gavaskar played down the concerns about opener Shubman Gill’s inconsistency and lack of runs in the ongoing 4th Test series against England after he failed to open his account on Day 1 of the fourth and final Test in Ahmedabad on Thursday.

Shubman Gill Is Going Through A Bad Patch And Is Feeling Pressure Of Expectations: Sunil Gavaskar

Shubman Gill got out for a duck in the first over of India’s first innings in the final session after England got bowled out for 205 on an opening day. He failed to put bat to the ball to an inswinging delivery from England pacer James Anderson and was adjudged lbw by the on-field umpire. James Anderson bowled five successive maiden overs before the close of play on Day 1.

Shubman Gill scored his second duck of the series. The 21-year-old Punjab batsman has recorded scores of 29, 50, 0, 14, 11, 15*, and 0 in the series so far. Sunil Gavaskar said Shubman Gill might be feeling the pressure of expectations right after his breakout series in Australia where he was India’s fourth-highest scorer after making his debut in the Boxing Day Test in Melbourne last December.

“It’s just a bad patch that anybody can go through. Expectations after the Australia tour were sky high, maybe he’s feeling the pressure of those expectations. Also he needs to play a bit straight at the start of the innings, he is playing across the line at the moment which is getting him into trouble,” Gavaskar told India Today.

Shubman Gill’s brilliant innings of 91 were instrumental in Team India ending Australia’s 32-year unbeaten streak at the Gabba, Brisbane. In three Tests in Australia, he scored 259 runs at a brilliant average of 51.80 with two half-centuries besides his name.

KL Rahul a contender for the opener’s spot hasn’t played Tests since August 2019 against West Indies while another opener Mayank Agarwal averaged only 13 amassing 78 runs in 3 Tests in Australia but averages 99.5 at home having played only 6 innings managing 597 runs with 3 tons including career-best 243.

Sunil Gavaskar also praised the Indian spin trio of Axar Patel, Ravichandran Ashwin, and Washington Sundar for yet another superb outing with the ball in hand which saw India bowling England out on the first day of a Test match twice inside a week.

“Indian spinners and bowlers have bowled really well. England players have not shown the application, determination required to fight it out despite the fact that the odd ball was turning. They were playing down the wrong line, they came in with lot of preconceived ideas.”

” Sometimes there can be a lot of theory talk in the change room, but at the end of the day that theory has to be separated from the practical – which is how you play each ball on its merit. I don’t think the England batsmen did that and that’s why they find themselves in this position. If they had even got to 250-60 I think they would have got to a good position,” Gavaskar added.

India, who are 2-1 up in the four-Test series, were 24-1 at stumps on Day 1 and will be confident against a spin-heavy England attack with James Anderson as the lone frontline seamer, while Ben Stokes battles an upset stomach. On the 2nd day, India is reeling at 80/4 losing wickets of Shubman Gill, Cheteshwar Pujara, Virat Kohli, and Ajinkya Rahane. Ben Stokes accounted for the prized scalp of Virat Kohli who fell without scoring.

Jobs report blows past expectations as payrolls boom by 916,000 in March

Reddit trading guru Keith Gill looks to have made over $25 million on his...