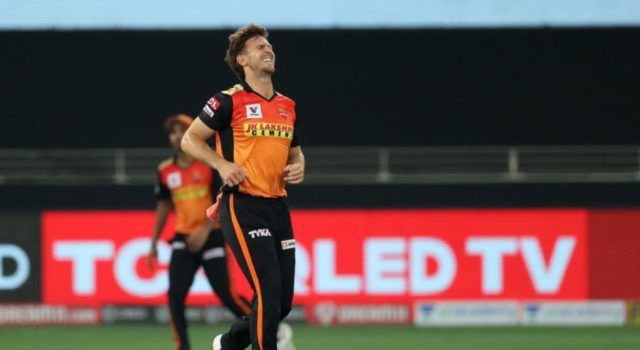 Sunrisers Hyderabad have signed up England batsman Jason Roy as a replacement for Mitchell Marsh for the upcoming edition of the Indian Premier League (IPL). Marsh has pulled out of IPL 2021 scheduled to commence from April 9 citing bubble fatigue.

Meanwhile, Marsh had to stay in seven-day quarantine as per the latest IPL bio-security protocols. In addition, Mitchell Marsh had to live in a restricted ecosystem throughout the 50-day tournament due to which he had a fallout with IPL 2021. Incidentally, Marsh was bought by the Hyderabad franchise for a base price of ₹ 2 crores in the 2020 auction, wasn’t available for the majority of the last season too in the UAE.

After twisting his ankle during SRH’s very first match against Royal Challengers Bangalore (RCB), he could not take further part in the tournament. West Indies all-rounder Jason Holder replaced him. So far, Mitchell Marsh has played 21 IPL games over the course of 10 years, having also turned up for Deccan Chargers and Pune Warriors.

Meanwhile, Jason Roy will be a valuable addition to the top-order alongside David Warner, Jonny Bairstow, and Kane Williamson. The English opener went unsold in the auction; however, now has found a buyer. Sunrisers Hyderabad have acquired Roy at his base price of INR 2 Crore.

Jason Roy made his IPL debut in 2017 playing for Gujarat Lions & later featured for Delhi Daredevils (now Delhi Capitals) in the 2018 IPL edition. He has played a total of 8 matches and scored 179 runs with one half-century to his name.