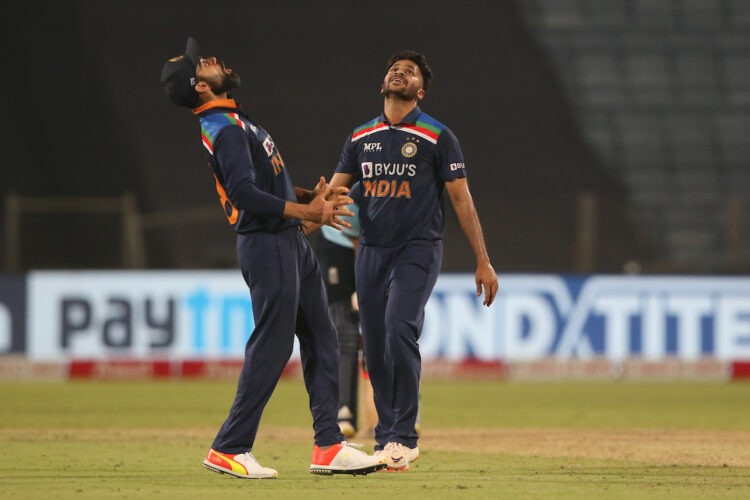 Shardul Thakur was the pick of India’s bowlers in the final ODI as he finished with figures of 10-0-67-4, dismissing Dawid Malan, Liam Livingstone, Jos Buttler, and Adil Rashid. The right-arm paceman also made an invaluable 30 runs, with India struggling after losing Hardik Pandya and Rishabh Pant after a 99-run stand. Thakur’s 30 included a boundary and two maximums to get the hosts to 329.

On the other hand, the new-ball seamer Bhuvneshwar Kumar was not only amongst the wickets but was also economical. The right-arm swing bowler had figures of 9-0-30-2, 10-0-63-1, and 10-0-42-3 in the three ODIs against England. Kumar made the ball seam and swing from the outset, making it challenging for the England batsmen to lay bat on it and preventing blazing starts. Thus, Kohli reckoned he could have been the man of the series.

These guys were the difference in middle overs and powerplay: Virat Kohli

Virat Kohli felt shocked that Bhuvneshwar Kumar and Shardul Thakur did not come under consideration for the awards since he felt that both delivered compelling performances and made the difference in the powerplay and middle overs.

“I mean I’m surprised that he wasn’t the Man of the Match. Four wickets and scoring 30 runs and Bhuvi another contender for Man of the Series. These guys were the difference in middle overs and powerplay,” Kohli said in the post-match presentation.