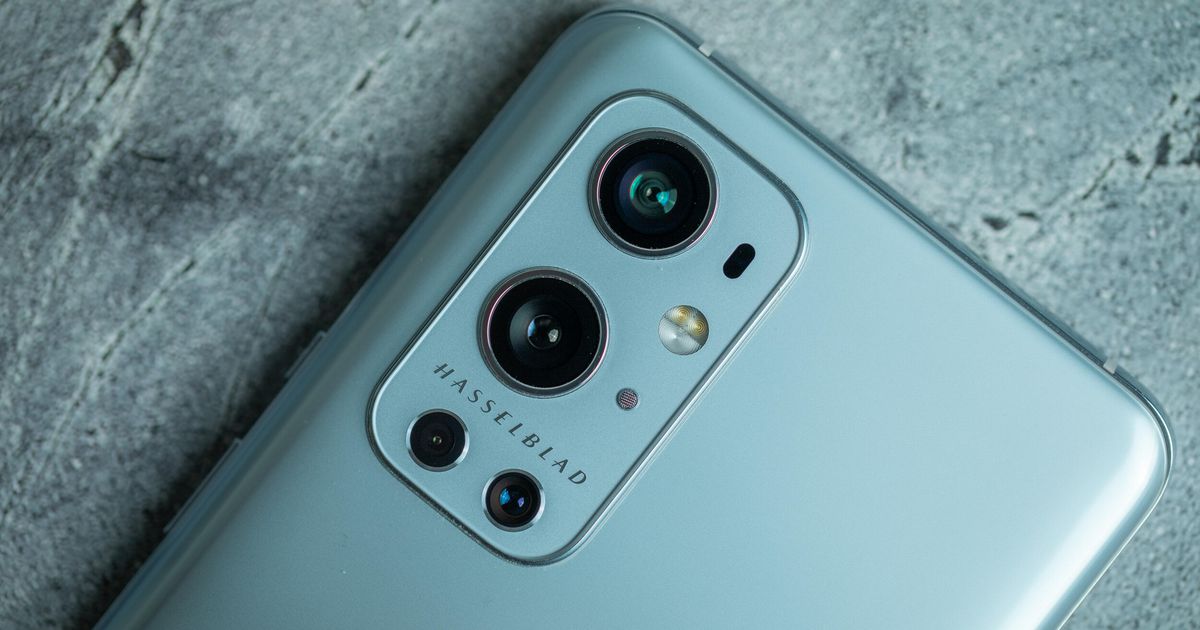 The OnePlus 9 Pro is here (along with the OnePlus 9) and the company is hoping that its partnership with pro camera maker Hasselblad will help this latest handset do battle with the photography kings, the iPhone 12 Pro Max and the Samsung Galaxy S21 Ultra. Hasselblad is a camera company better known for its very high-end medium-format cameras aimed squarely at high-end pro photographers with wallets capacious enough to afford some of the best camera gear around.

In theory, that bodes well for the phone, particularly as OnePlus’s cameras have generally been good, but haven’t stood out above the competition. Don’t get too excited here though; Hasselblad has worked with OnePlus to help optimize the camera, but it hasn’t provided any hardware, so don’t expect performance on a par with the company’s $6,000 X1DII medium-format camera.

TL;DR? It hasn’t succeeded. In short, the OnePlus 9 Pro packs the best camera that OnePlus has put into a phone, but it’s not the best camera phone around. Here’s what you need to know.

In addition to its two new phones, OnePlus has also introduced the OnePlus Watch, which goes up for preorder on April 14.

The 9 Pro comes with four camera lenses on the back, made up of a 48-megapixel main camera, a 50-megapixel ultrawide camera, an 8-megapixel telephoto camera (providing 3.3x optical zoom) and a 2-megapixel monochrome camera. The main camera uses a sensor, which is physically larger than what you’d find on most phone cameras — the iPhone 12 Pro Max and Galaxy S21 Ultra included. In theory, a larger sensor can capture more light with less noise.

In the standard auto camera mode, I’m generally impressed with the shots the phone can achieve. It’s great at balancing exposure between bright skies and shadowy foregrounds, and images are packed with detail. Colors — thanks to the color calibration from Hasselblad — look excellent.

There’s little difference in quality between the standard and ultrawide modes, but there is often a noticeable shift in white balance, which can be frustrating. It uses what’s called a freeform lens that’s designed to reduce the distortion you’d often find when using a very wide-angle lens, and indeed there’s little of the “fisheye” effect you can often get with very wide lenses.

The 8-megapixel telephoto lens provides 3.3x optical zoom, which is enough to help you get that bit closer up on certain details for more interesting compositions and the results are generally excellent. If zoom is a priority for you, however, you should look instead toward the Galaxy S21 Ultra, which absolutely blew me away with the quality of its images from its whopping 10x optical zoom.

OnePlus has put particular focus on its Pro Mode, which allows you to shoot in 12-bit raw. Raw shooting has been around on phones for some time, and 12-bit raw is basically the same thing, except it captures more image information and as a result generally provides more dynamic range in a scene. That makes it better for pulling back highlights or boosting shadows when you’re editing your raw images in apps like Adobe Lightroom or Snapseed.

But Pro mode needs some work here as there are a few issues. First of all, it automatically seems to wildly overexpose images, so you have to keep a close eye on your settings for every shot if you don’t want to completely lose detail in those skies. It also only works with the standard camera, so don’t expect raw images from the super wide or telephoto lenses as you can achieve with the iPhone 12 Pro Max.

OnePlus also hasn’t yet brought any kind of computational raw photography to its phones. Apple launched its ProRaw format on the 12 Pro, which uses its HDR blending for better highlights and shadows but still captures a raw image for better editing.

There’s a debate among photographers — as there usually is around one thing or another — about whether computational raw like Apple offers is a true “raw” image. (Google has a similar thing on its Pixel phones.) My answer? It’s not, but it’s the best of both worlds for a phone. On the OnePlus 9 Pro you will get a better-looking scene with the auto camera mode, because it uses computational functions like HDR to blend multiple exposures to capture more information in a single shot. Switching to Pro mode essentially turns those functions off. Yes, you can pull back some image data in editing, but not necessarily as much as you’d get from simply taking an HDR image to begin with.

Professional cameras with much bigger image sensors don’t need to use computational raw to the same extent, as their big sensors capture so much information that it’s much easier to rescue details in editing. Even so, it’s common for even professional landscape photographers to blend multiple exposures to make sure that all the detail is captured.

Apple’s ProRaw is a big step forward in phone photography as it allows phones to capture much more image data in a single shot but still gives that fine control for editing later on. It’s a best of both worlds approach, and it’s why the iPhone 12 Pro Max is arguably the best camera phone money can buy right now.

The 9 Pro can shoot video up to a huge 8K resolution, much like what we’ve seen on Samsung’s S21 and S20 Ultra before it. Also like the Galaxy phones, 8K is arguably a bit of a novelty (and bragging rights for the manufacturers) as it’s a bit overkill on a phone. Sure, you have room to crop into your video should you want to, but bear in mind that just one minute of 8K video is 1GB in size, so it’s probably best to scale it back to 4K for the most part.

Luckily then, 4K footage looks great, with much the same spot-on handling of exposure and color seen in still images. There’s excellent stabilizing too, with even regular hand-held walking footage looking like it’s been shot with the phone in a powered gimbal of some kind. It’s great for getting more cinematic-looking shots on the move and for adding a more professional touch to those home movies.

The 16-megapixel front-facing camera captures vibrant and sharp selfies and uses much the same HDR techniques to make sure that your face is well lit and your background isn’t completely over exposed.

Should you buy it?

If you’re looking solely for the best camera around, the OnePlus 9 Pro isn’t for you. It has lots of great features to be excited about, but its camera prowess alone isn’t one of them. Don’t get me wrong, the 9 Pro can take some really gorgeous images, and it’s definitely a step forward for OnePlus in the camera game. But rivals like Apple and Samsung have taken even bigger steps forward with their photography recently, and OnePlus is again playing catch up.

For our money, the best camera phones around are the iPhone 12 Pro Max and the Samsung Galaxy S21 Ultra; it’s here you should look if photography skills is your top priority.