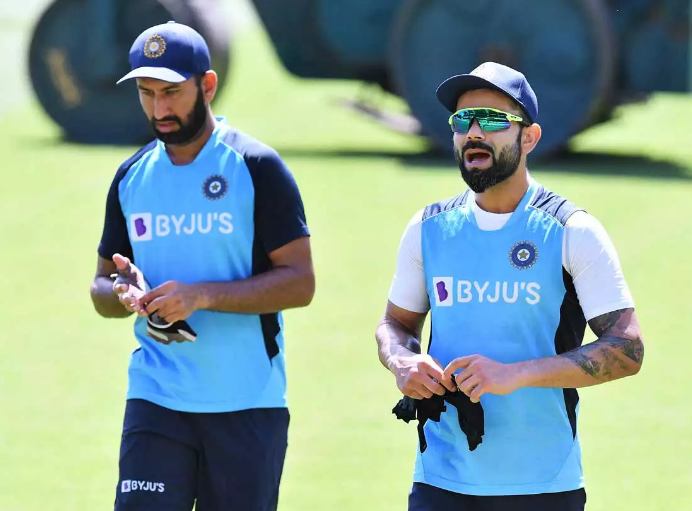 The India-England Test series starts from February 5 to March 28 for four Tests, five T20Is, and three ODIs. Chennai will host the first two Tests. The final two Tests will be played at the newly built stadium in Ahmedabad. Ahmedabad will host the T20I series followed by Pune for the ODI series. Meanwhile, a look at the top 5 run-getters in India-England Tests will be a good exercise before the marquee series begins. The Test series is almost a straight shootout for a berth in the World Test Championship final.

England and India are both coming into this series on the back of memorable series wins. While India beat Australia 2-1 down under, England beat Sri Lanka 2-0 at Galle. In this article, we take a look at the top 5 run-getters in India-England Tests in India.

Virat Kohli has scored the most runs among all the players in the current squad between two teams. After Kohli’s forgetful England tour of 2014, he has scored over 1000 runs in the next two series against the opposition. Virat Kohli scored 655 runs in the 2016-17(home) series followed by 593 runs in the 2018 (away)series. Overall in nine matches, Kohli has scored 843 runs in nine matches in India which includes three hundreds and two fifties. He tops the list among the top 5 run-getters in India-England Tests. 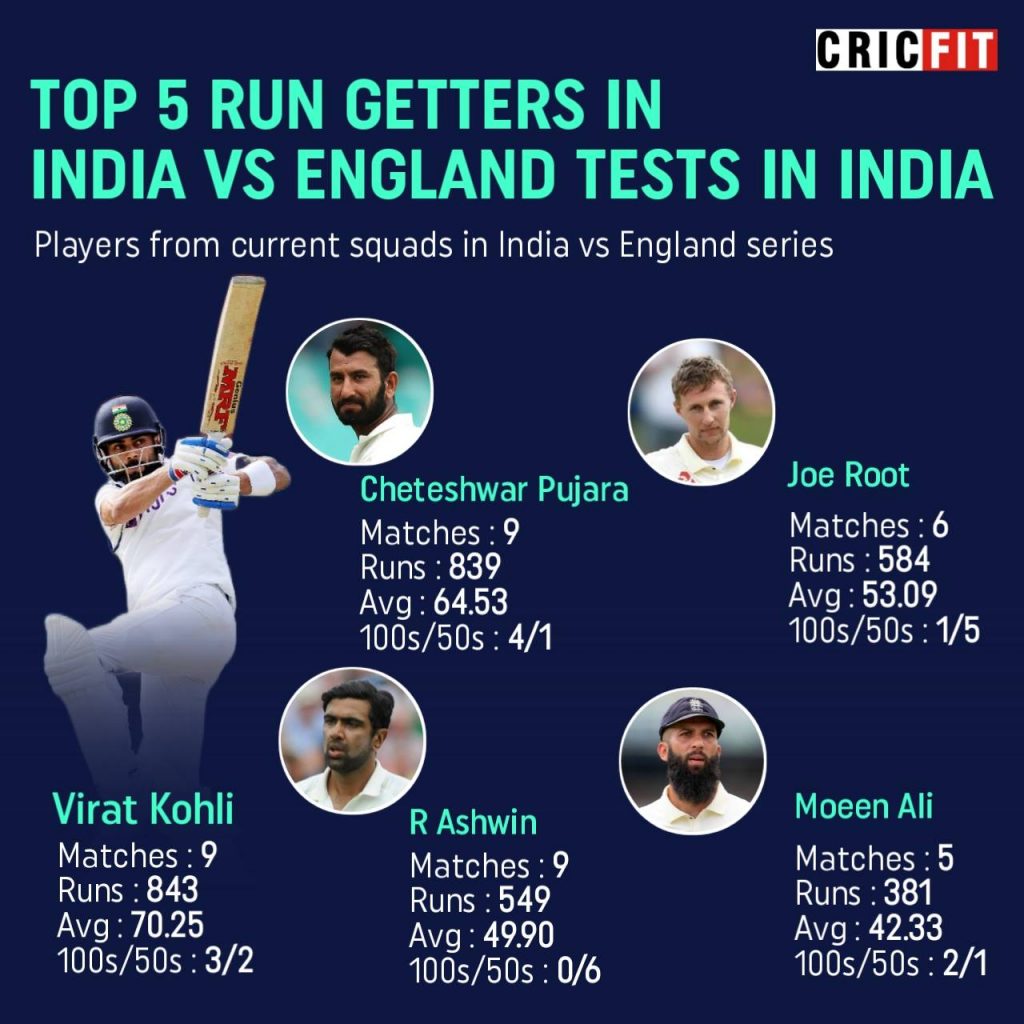 Also Read: Why James Anderson Is The Danger Man For Team India In The Test Series

India’s Test specialist Cheteshwar Pujara holds a special record against England at home. With 839 runs from nine matches, he is catching up with Kohli in the list of most run-getters against England at home. He has scored four hundreds and a fifty against Root’s men in the recent past. He is in form having scored 273 runs against Australia in his team’s series-winning tour recently. Pujara would like to keep his form going in this all-important series against England as well.

Root will play his 100th Test match when England take on India in the first Test in India. Root made his debut against India back in 2012 and has scored at least a fifty in every innings he has played since then. Overall in six Tests, the England skipper has scored 584 runs with one century and five fifties. He is third in the list of top 5 run-getters in India-England Tests.

Ravichandran Ashwin has been pretty handy with the bat whenever he has played against England in India. He has scored 549 runs in nine matches with six fifties to his name. He has a best of 91 not out to go with 56 wickets in 15 Tests against them in India. He played a gritty knock of 39 not out to help India draw the Sydney Test match and if needed, Ashwin can hold the fort against England as well.

The final name in the countdown is that of Moeen Ali. The England all-rounder has scored 381 runs in five matches in India with two hundreds and a fifty. He also averages nearly 43 against India in India. With England having picked two specialist spinners, Dom Bess and Jack Leach, it will be interesting to see if Ali plays the first Test and the other three.